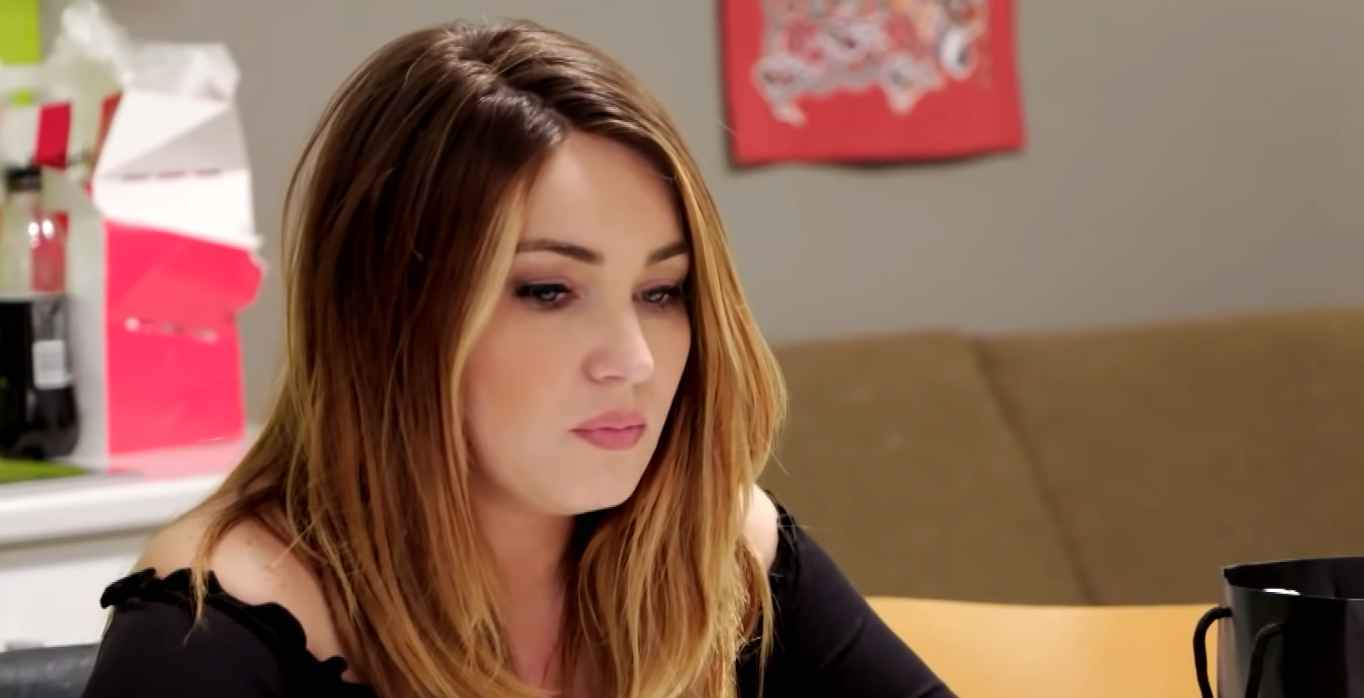 Since Season 4 of on 90 Day Fiancé: Before the 90 Days aired in February, Stephanie Matto has faced criticism. Matto traveled from Yonkers, New York, to Australia to meet her online girlfriend, Erika Owens. During this season, TLC’s first awkward same-sex relationship finally ended, with Stephanie returning home. The criticism Matto fielded was not homophobic, but was about her not revealing to her mom that she is bisexual.

Stephanie Matto and Erika Owens met online. But, despite traveling to Australia, the relationship failed. The main reason appears to be the fact Stephanie has been unable to come out to her mother. There have been a number of opportunities when she could have done so, but she hasn’t.

During this season, Australian Erika introduced Stephanie to her family and she was welcomed with open arms. However, despite the pressure to come out to her own mother, she has yet to do so.

Matto recently wrote on Instagram Stories that being pressured to come out because of 90 Day Fiancé really “sucks.” Stephanie does admit the TLC producers make things easier for her. With the show being so public, she also knows her mother will find out eventually, so it’s kind of a “ticking time bomb.”

Matto went on to explain the difficulties involved. She says her mother is a “traditional Eastern European woman” who dreams of her marrying a rich “douchebag.” While many think coming out to her family is no big deal, Stephanie says to her, it is a “big f**king deal.”

Stephanie Matto knows what kind of response she will get from her mother. Matto is not sure she could face that response being shunned on national TV. Could she do this privately? In other words, it is not a matter of whether Matto should come out to her mother as bisexual, but rather how should things should be handled.

90 Day Fiancé’s Matto is close to her mom

On this season of 90 Day Fiancé: Before the 90 Days, Stephanie has revealed how very close she is to her mother. The two women live together in New York and are more like close friends. Her mom looks after her when she’s sick and comforts her when going through heartbreak.

Stephanie fears that coming out to her mom might damage their close relationship. She worries her conservative mom would not accept her sexuality. This means she has to come up with an ideal approach to the subject.

Reality TV World quotes Stephanie as asking if she should come out live on TV, causing her mom to cry and be sad and labeled a homophobe? Alternatively, should Stephanie do this in private, as a moment between just them? Matto writes she has a “LOT to consider.”

Obviously referring to Erika, Matto says she will be “D**NED” if she comes out to her mother over Skype. Especially while she is with someone she doesn’t have a solid foundation with.

Erika had told her friends she and Stephanie had only dated for a few months before her American girlfriend was ready to visit her in Australia. The pair had communicated via video chat and phone calls during most of their online relationship.

Stephanie Matto added she wouldn’t even introduce someone she has dated for six months to her mom in person. Matto’s mother’s approval is important to her, as she has seen her daughter hurt so many times.  Stephanie always has to be sure about the person before introducing them to her mom. She says that is her choice and she is happy to stick with her guns, even if she ends up looking a “f**king a*****e on a TV show.

Stephanie and taking the ultimate step

Fans have also criticized Stephanie of being jealous and insecure. One fan went so far as to accuse her of pretending to be bisexual, just to be on the show. Matto was quick to respond, saying if she wasn’t bisexual why would she go on 90 Day Fiancé with a woman? Also, if she was faking it, why did the relationship “crash and burn?”

Stephanie does admit she lacks affection and is insecure. She says she needs to know someone for months before having sex. That is whether they are men or women. She has to feel “100 percent in the moment” before taking that step.

Stephanie and Erika had spoken for a year before 90 Day Fiancé started filming them. She traveled to Australia with the hope of falling even deeper in love with Erika. However, with their fights and Stephanie’s jealousy, things went really badly.

Erika came out to her parents during Stephanie’s stay and she was ultimately welcomed into the family. However, Erika wanted Stephanie to do the same thing. However, the worst happened when Stephanie found out Erika was hiding a serious, long-term relationship, where her partner had kept her a secret throughout. The Australian doesn’t want the same thing to happen with her and Stephanie.

This resulted in Stephanie Matto ultimately dumping Erika and heading back home. She believed the level of understanding between them would never be resolved. She says she will always love Erika, but both girls have now deleted each other on their social media accounts.

While Matto was planning to open up to her mom on their drive home from the airport, she ultimately chose not to. She does, however, hope to be open and honest with her mom soon.