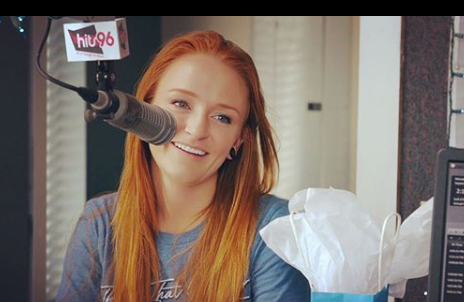 As most mothers in the public eye often find themselves doing, Maci Bookout is having to defend choices she made for her son. The Teen Mom OG star responded to criticism she received after her eleven year old’s diet was revealed on the show. She said her son was participating in private wrestling lessons. Bookout mentioned he was on a strict diet. And, working out to cut weight as he weighs around 75 pounds.

As Twitter likes to do, users slammed the twenty-eight year old for saying anything about watching his weight. One Twitter user said, “Nothing like pounding those eating disorders into their head while they’re young. My heart breaks for Bentley.”

My statement on Bentley #LinkInBio

Maci Bookout responded to the people criticizing her on Twitter according to US Weekly. Lots of people felt it wasn’t right for Bentley to be worrying about his weight while he was still growing. The mom of three took to Twitter to set the record straight on what it meant.

She said, “In reference to tonight’s episode-I have never and will never convince Bentley to ‘cut’ weight. After wrestling his first 2 tournaments in the 75lb class weighing in at 72-he came to me & said he wanted to wrestle at 70.” She went on to say she told him that was fine. But, he wasn’t going to cut weight.

Instead she told him, “I will lay out a healthy scheduled diet for u, u can eat salads, grilled chicken, veggies, good carbs — instead of pizza, Doritos & candy bars.”

She said he didn’t like that and went back to wrestling at 75. She responded to a user who said, why don’t you just show him proper nutrition and gave examples. Maci said, “that’s exactly what I did.”  She said she offered an egg white omelet as one of many options.

Some Of Her Fans Supported Her Against The Criticism

Other fans of Maci Bookout offered their support. Several said if you aren’t familiar with wrestling then you don’t get it. One fan said, “I see it as you supporting what HE wants to do and the goals HE set for himself.”

Maci thanked fans for both sides of the argument and giving her their input. She said, “My brother was a collegiate wrestler. I grew up around the sport and have a bit of knowledge in the sport and healthy weight maintenance.”

Maci was originally on 16 and Pregnant with her ex-fiancé Ryan, Bentley’s father. Teen Mom OG airs on Tuesday nights on MTV.