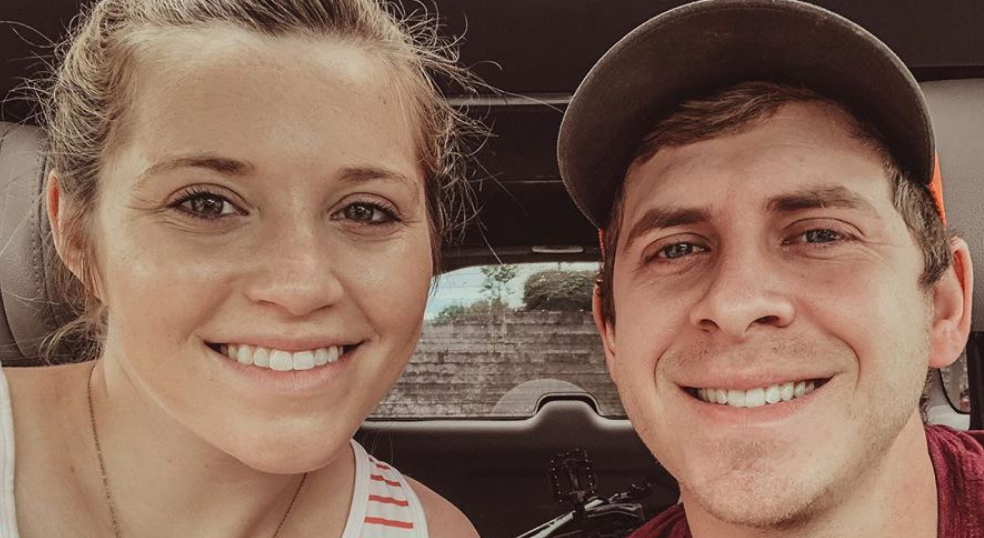 On Thursday, Austin Forsyth shared two adorable pictures of himself and his son Gideon. While many Duggar fans think the photos are sweet, a few of them are slamming Austin as Gideon is drinking coffee.

In the post that Austin shared, he wrote, “Coffee in hand, ready to work!💪🏼” The pictures feature himself and his two-year-old son Gideon sitting at a worksite. Austin is working on a house, and it looks like Gideon tagged along. It’s likely that Joy is the one taking the pictures, so it’s safe to assume she’s there too. Joy and Austin previously revealed that she goes with him to work often.

In the pictures, both Gideon and Austin are holding their coffee cups. Austin is drinking an iced coffee, while Gideon appears to have a warm coffee in his cup. He might be drinking iced coffee out of hot coffee cup though. One fan asked Austin why he drinks decaf, as he used #decaf in his post. Austin then reveals that Gideon is the one who’s drinking decaf.

Both Gideon and Austin look happy in the picture, Duggar fans think. But, not all fans are gushing over the sweet father-son photos. Some have negative things to say about the pictures.

In response to the photos, some of his followers have a problem with Gideon drinking coffee, even if it’s decaf. One fan commented, “Gideon is too little for any coffee. It’s not good for him. Give him hot Chocolate instead. I love you guys. I’m not being judgemental.” While a couple of other followers agree with that comment, many are quick to defend Austin’s decision to give his toddler coffee.

Some of Austin’s followers are sharing their own personal experiences with giving their kids decaf coffee or drinking decaf coffee as children. They are also pointing out the health benefits of coffee. It seems like despite Austin getting negative comments, he can count on other fans to defend him.

On Thursday, it was announced that the Duggar family will be returning to TLC’s Counting On. Season 11 will premiere on Tuesday, June 30. This upcoming season will feature Joy, Austin, and Gideon as they experience pregnancy, a loss, and another pregnancy. The season is filled with all kinds of exciting milestones for the whole family.

So, what do you think of the pictures of Gideon and Austin? Do you think it’s a problem that Gideon drinks decaf coffee? Share your thoughts below.