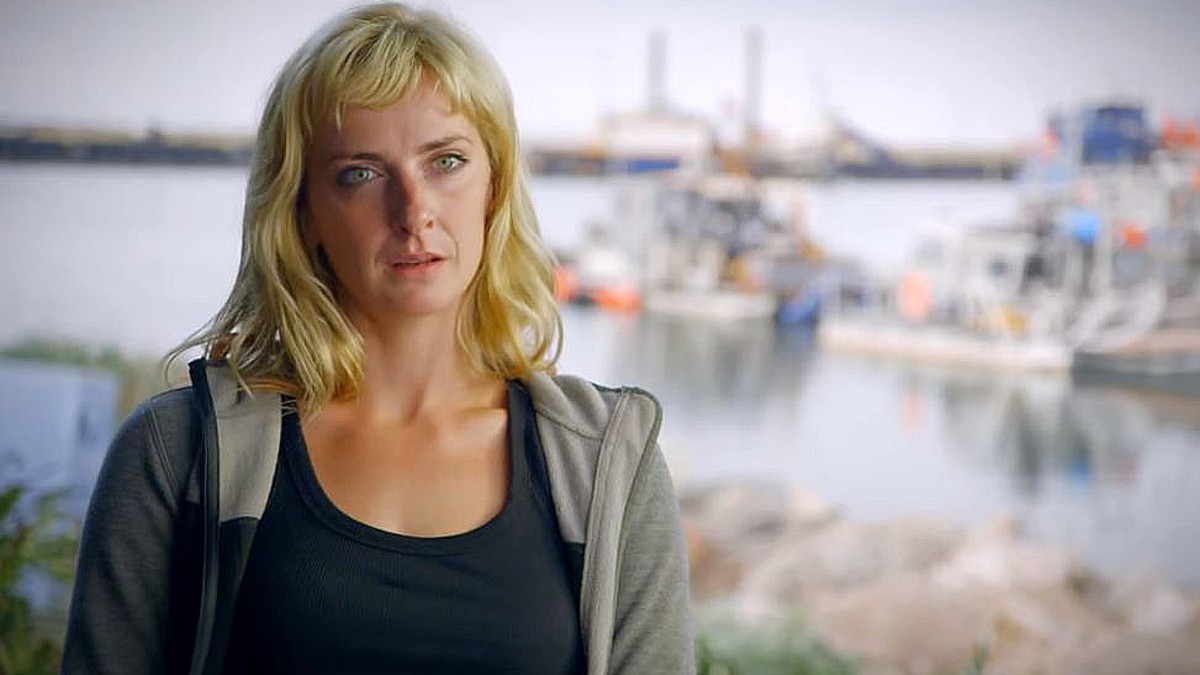 Discovery’s Friday night gold hunt, Bering Sea Gold is looking glittery and promising as our TV Shows Ace exclusive clip reveals the star, Emily Riedel of the Eroica, has landed upon a honey hole where gold flakes and nuggets are vacuumed up into the dredge suction hose.

This is great news as time is money in mining, and the sun in Alaska stays up into the wee hours of the morning.

This means a perfect storm of making the cha-ching for Emily and her crew—including her spanking new diver—can work extra long days and earn a lot more money. Emily and the gang muse at the end of the clip, is it all just a game of risk or should they just call it gold-mining?

Narrator Mike Rowe gives us his calm play-by-play and says: “Back on the honey hole, captain Emily takes advantage of the long workdays. When the Sun doesn’t sleep the Eroica follows suit.”

What happens on Bering Sea Gold?

In our exclusive TV Shows Ace preview, Emily notes that between the rolling Bering Sea swells, low visibility from all the haze and the strong current, her diver Beau is kind of lost down there as he suctions up loose gravel, hopefully with some gold in it.

And to his credit, he is showing some tenacity even though it’s a frustrating dive. So we’ll see if Emily and her crew for the Eroica can get back on the gold train.  You know they will. She’s onto a sweet spot and she knows it.

Beau finds ten flakes of gold, then more show up. He gets a “good bite” on the ground. Joking over the radio, Emily asks if he finds some nice “G” [gold] down there.  You know he does.

Her diver also mentions Daryl Galipeau, a returning veteran diver that Emily has relied heavily upon.

“Daryl Galipeau is always awesome to have. I’m always so lucky to have him on board. He’s got decades of experience in the industry. I know that I can send them down there and he knows exactly what is vacuuming up and how much there is, so we know our ounce-per-hour vacuum rate when he’s down there…But he is super dependable. I always know that the boat is making money when he’s diving.”

As Emily mans the cabin and watches the water, she says: “I think when we do a clean up it’s going to really show a lot of opportunities to put gold in the box. See, sometimes you gotta suffer a little bit before you get to some nice gold going.”

Also on this episode, Shawn is dealing with a shifting seabed. Ken will attempt a new way to find uncharted untested new ground. And as we see below, Kris and Emily each try out greenhorn divers to boost their productivity, but Discovery says “the plan grinds to a halt for one of them.”