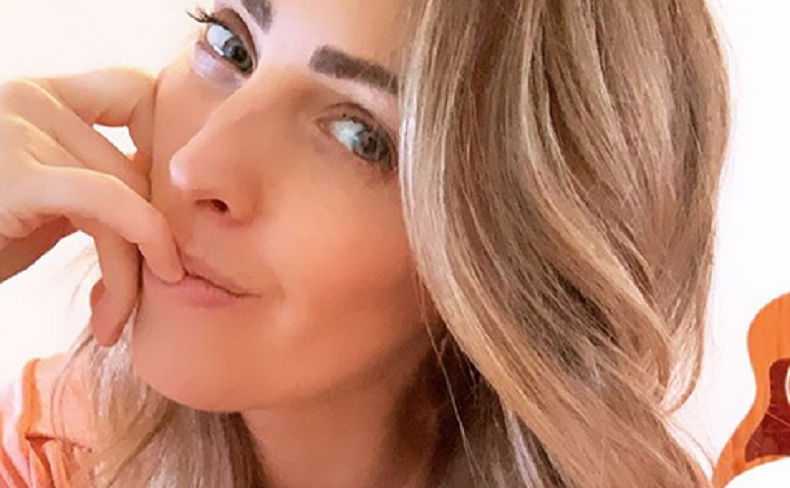 Below Deck Sailing Yacht star Jenna MacGillivray gets a lot of hate. She’s become the most-hated chief stew out of the entire Below Deck franchise. As everyone knows, filming a reality TV show can be tough. Some reality stars may not be cut out for this type of exposure.

Others might find themselves faced with backlash. Jenna MacGillivray has been dealing with hate since the beginning of the series. Viewers just couldn’t warm up to her. Fans criticized her ever since the show premiered. Now, she’s learning how she deals with the hate. Jenna becomes raw, honest, and candid in the interview. It’s a side of herself that viewers don’t get to see.

In an exclusive interview with In Touch Weekly, Jenna MacGillivray revealed how she’s dealt with all the hate she’s gotten. The chief stew previously addressed the online bullying on social media. Jenna has found it difficult to defend herself on Twitter. She made it clear that what people see on Season 1 of Below Deck Sailing Yacht is not who she is as a person.

“The stuff that people write is extremely vile,” Jenna admitted. “It’s hard for me because it’s [about] the way that I’m depicted on the show – it’s not who I am as a person.”

It’s rare that I don’t get along with people. So doing this season was stressful to have conflict. I’m going to keep this short and simple. And I’d appreciate it if people took my words as truth, and not just an attempt to get favour. I apologize for some of my behaviour. It was not my intent to belittle or hurt people in any way, but I understand that’s what happened to some people, as a result of my actions. No one is perfect. And when people say “I hope you’re watching and self reflecting”, I am. Some of the show is hard to watch. It’s different for me because I know my intentions but I certainly understand on all boats there are varying personalities and I am not easy for everyone. I came in guns blazing. I wanted to give the best experience to the guests, and I understand that at times that meant I wasn’t focused on the girls. I should’ve spent more time. And that is a regret of mine. I was focused on Adam. And just managing everything to the best of my ability and sometimes I failed. I wanted to have fun with everyone. And I understand sometimes my words came across in a harsh way. And for that I am sorry. To Georgia, Madison, and Parker. I will never say any of you weren’t working your asses off. There were dynamics that were at times difficult. So again. I am sorry. I would never want someone to feel like shit because of me. And that’s the truth.

The chief stew often feels powerlessly when it came to defending herself. She had to set the record straight whenever a “certain persona has been presented” that doesn’t represent who she actually is. The television personality “definitely” does have regrets about how she acted on the show.

“I’m very direct, and I do pride myself on communication, but I think, at times, when I feel frustrated with somebody, I get on the defense,” Jenna explained. “I don’t think I ever spoke in a derogatory way … [but] if I were to go back, I would be a little softer in my tone.”

Fights back against the accusations that she bullied her crew

The Below Deck Sailing Yacht star also fight back against the claims that she was “bullying” her stews. Jenna feels that the accusations are “absurd.” Though she criticized her crew members’ attitudes or how they performed their work, she never insulted their character or appearance.

“Some people really like that management style, but I also know that not all people do,” Jenna continued. “I need to [work to] accommodate other people’s way of communicating that may not be the same as my own.”

Not all of the online comments are bad. Jenna also received love from some Below Deck fans. A previous episode showed a softer side to the stewardess. She talked to a charter guest who was diagnosed with cancer. That scene made an impact on one particular viewer.

June 1 we get a reunion for BDSY! Sadly it won’t be in the clubhouse like I was in this pic, peeing my pants with excitement, but you’ll get to see us all and it’s gonna be fantabulous. 🥳🥳🥳🥳🥂🥂🥂 also, our season finale is Monday May 25th @bravotv

“That guy contacted me and said that his mother has Stage 4 cancer and that episode really spoke to him,” Jenna said. “He said his mom had been given a new energy from watching me.”

She made plans to talk to the woman personally. But just knowing that she made that impact on someone made all the difference. Jenna admits that she likes making people feel good about themselves. It’s hard for her to realize that she didn’t do that most of the time.

While not everyone is a fan, Jenna MacGillivray has made a difference in some of the viewers’ lives.