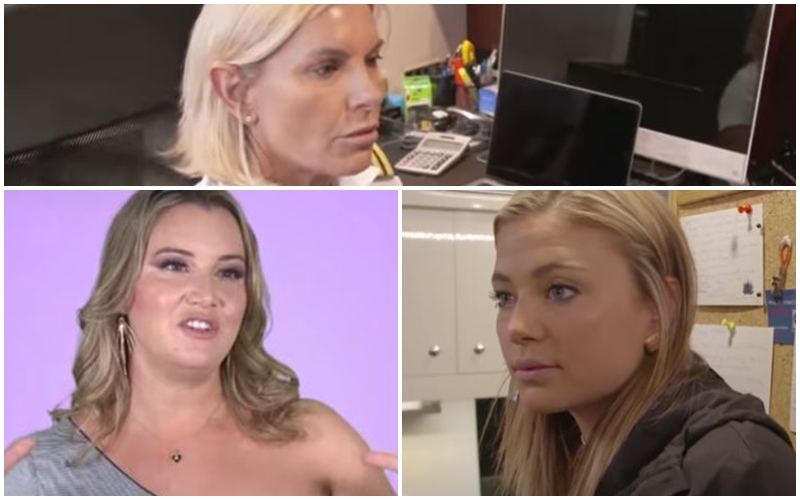 Below Deck Mediterranean star Hannah Ferrier often gets comparisons drawn to Jenna MacGillivray. Jenna stars in Sailing Yacht and fans give her a lot of flack. She’s a Chief Stew there and fans can’t stand her. So, fans gave Hannah a lot of heat for acting a bit like Jenna. But issues also arose between Hannah and Malia White. However, Captain Sandy hopes for no problems with Hannah in the new season of the show, saying she changed.

Below Deck Mediterranean brings Malia in as bosun

TV Shows Ace reported that Hannah got a lot of hate and stopped responding on Twitter at one stage. Jenna also caught flack from fans and Hannah told critics off on social media for inflaming hate and nastiness. And, Malia coming in now after her promotion from deckhand, probably expects some issues with Hannah. Interestingly, the all-female boss crew includes Malia and Hannah who had issues before. And, fans know that Captain Sandy also cautioned Hannah in the past, ticking off the number times she could have fired her.

While Malia brought some rather sticky situations with Adam Glick and bosun Wesley Walton in the past, she got her promotion. And, probably, Captain Sandy anticipates some clashing between Hannah and Malia. Actually, Hannah also got herself into a situation with relationships on board the yacht. The Below Deck Chief Stew flirted with a guest and even kissed him. Us Weekly reported that Captain Sandy feels confident that won’t happen again, however.

Despite thinking no issues arise with Hannah and kissing guests, she and Malia already clashed. According to the outlet, Malia overheard Hannah speaking about her. And, it sounds like she wasn’t very complimentary. She said, “‘I’m right here, Hannah, if you’ve got something to say, say it to my face.'” Speaking on Us Weekly’s Hot Hollywood podcast, Captain Sandy hopes that won’t be an issue though. She said that Hannah worked on herself.

In fact, the Below Deck captain feels that Hannah’s a “very different person than when we first started.” Apparently she grew emotionally. Speaking about how Hannah evolves, Sandy Yawn said, “It’s nice to see.”‘ Nevertheless, a little bit of  “concern” rests with how Hannah and Malia get along. Naturally, she hopes that things work out well. After all, they all went away for a while and the new season brings new opportunities to deal with things on a new note.

Malia and Hannah probably get closely watched by Sandy Yawn

While Captain Sandy feels Malia’s ready for her duties as Bosun and thinks Hannah changed, the two women should be aware that their boss watches them carefully. Sandy said, “Now we’re going to see how well they do.'” And, bear in mind the crew live and work in close quarters all the time. Friction likely raises its head as work pressure piles up. Hopefully, Hannah keeps her feelings about Malia professional.

The Below Deck Med captain seems impressed by how hard Malia worked. On Us Weekly‘s podcast, she said that following the last season, Malia continued working on other yachts. In fact, she even attained her “captain’s license.” Sandy felt that she always knew Malia nursed “leadership qualities.'” And, of course, that means coping with challenges dispassionately. Hopefully, Hannah learned the same lesson. Both of them kissed and blackened their books a little. But as far as Sandy Yawn’s concerned, if Malia was a male, no big deal would have erupted.

What do you think about Malia confronting Hannah for speaking about her? Do you think Hannah really changed? Captain Sandy knows her crew on Below Deck Med, but is her confidence misplaced? Sound off in the comments below.

Remember to check back with TV Shows Ace often for more news about the crew on Bravo’s Below Deck Mediterranean.

Felicity Vuolo Twins With Dad Jeremy In Sweet New Photo
Dean Unglert Talks Boom Boom Room And Other ‘BIP’ Secrets
‘BIP’ Natasha Parker Is Moving On, Saying Goodbye To The Past
Lance Bass Dishes On His ‘BIP’ Experience, Plus Engagement Predictions
Why Wasn’t Michael Allio Chosen As ‘The Bachelor’ 2022?