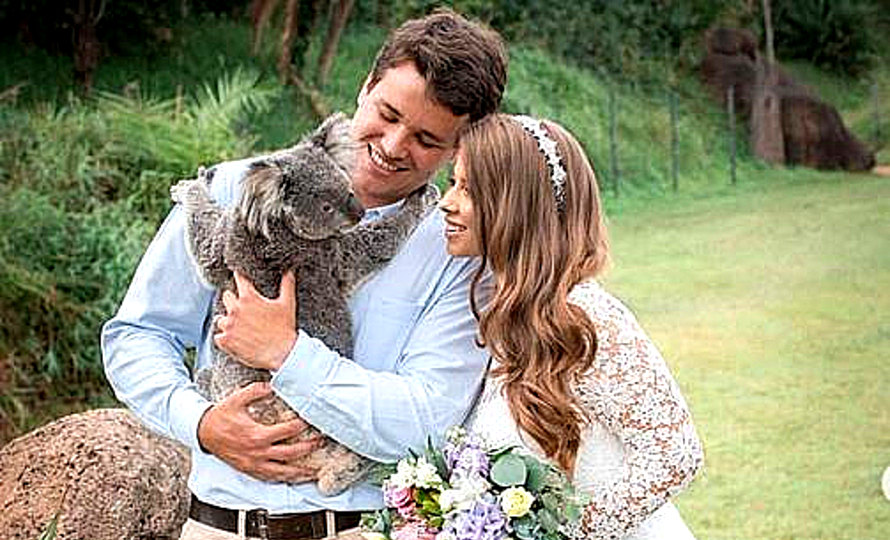 Animal Planet’s Crikey! It’s the Irwins has news from down under. There is a new COVID special plus a season three announcement.

The late Steve Irwin’s family is growing larger as Bindi has wed Chandler Powell and now the two are helping to save more animals at the Australia Zoo.

They have all had a rough stretch of road with the unprecedented bushfires of Australia in the last year that decimated wildlife, to the pandemic threat we all face now.

The family work at Australia Zoo in Queensland and film much of Crikey! It’s the Irwins there too.  Newlyweds Bindi Irwin and Chandler Powell never quit and spent their honeymoon caring for the 1,200 animals that are home at the facility.

This all-new Crikey! It’s the Irwins special features the Irwin family – Terri, Bindi, Chandler and Robert – who take Animal Planet audiences for a ride and a personal look at their work and new challenges during the COVID-19 pandemic.

Their work does not stop, but how they manage it has many workarounds.

During the temporary closure, they must care for  the 1,200 animals they have dedicated their lives to at Australia Zoo.

Who are the Irwins?

The award-winning series Crikey! It’s the Irwins premiered on Animal Planet in 2018 and is the continuance of the late Steve Irwin’s mission to bring people closer to animals and inspire them to become Wildlife Warriors.

A Wildlife Warrior is someone who works with others in the goal to protect and preserve our environment and its wildlife.

With this mission in mind, the Irwins have figured out how to do all this during the COVID-19 pandemic.  New couple Bindi and Chandler, who started their lives married in the beginnings of the pandemic, have spent their honeymoon with Terri and Robert as their family must enact an emergency plan and figure out the management plans to ensure the Australia Zoo animals remain healthy.

The family has a long legacy of being great stewards of the wildlife and the legacy of Steve Irwin, aka The Crocodile Hunter, means they all have big shoes to fill and fond memories of a warm and funny man who brought the exotic animals of Australia to people all over the globe.

Crikey! It’s the Irwins: Life In Lockdown shows how to properly take care of animals in the zoo during the COVID-19 pandemic. And even though they’re in home-quarantine, the Irwins have never been more active and jam packed with tasks.

The first two seasons of Crikey! It’s the Irwins can be viewed in their entirety by audiences in the U.S. on the Animal Planet GO app.