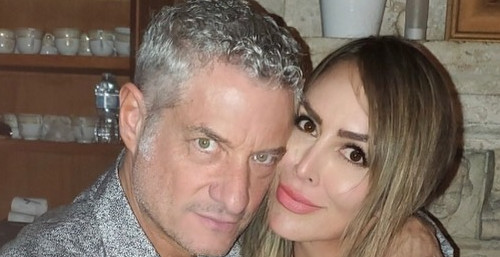 The Real Housewives of Orange County star Kelly Dodd has a lot of “haters” online. It’s come to her attention that some fans are trying to get Bravo to sack her. In fact, she even claims that some of her RHOC co-stars tried to get her fired, too.

Plus, is Kelly’s wedding to fiancé Rick Leventhal still on for later this year?

Kelly got some interesting info from her RHOC co-star Braunwyn Windham-Burke over the weekend that set Kelly off. She went on an Instagram Stories rant about her “haters.”

At the start of the video, Kelly reveals that Braunwyn informed her there are “online hate groups” trying to get Kelly fired from RHOC. Supposedly, the groups are contacting Evolution, Kelly’s production company, with complaints.

Kelly brushes off the groups, saying people have been trying to get her fired “for the last five years.” What people?

She has some advice for online haters: “Get a life.”

The RHOC star reveals that she has a Google alerts set up and thanks online bloggers for keeping her relevant.

*SWIPE* #KellyDodd tells online trolls to “get a life” for wanting Bravo to fire her from The Real Housewives of Orange County and thanks “stupid little bloggers” for making her “relevant”; says “all press is good press.” #RHOC #iRealHousewives

Why do some RHOC fans want Kelly fired? Her latest coronavirus comments, for one. She recently said that people are going maskless in Orange County because “no one has died” from coronavirus in that area of the country.

She later walked back her comments.

Kelly’s former RHOC co-star, Tamra Judge, also connected with fans over the weekend. The CUT Fitness owner held another one of her Q&A sessions on Instagram. One fan asked her if it’s true she tried to get Kelly fired from RHOC.

Tamra immediately shut the rumor down. She said that Kelly is “full of s**t.” Not only has Tamra never tried to get Kelly fired, but she also hasn’t tried to get anyone else fired. She “never had that power,” Tamra writes.

The post has since disappeared from Tamra’s Instagram Stories, but you can see it here at Reality Blurb. Instagram Stories automatically delete after 24 hours, Tamra didn’t ‘dirty delete’ anything.

Report: RHOC Wedding Pushed Back Due to Coronavirus

As fans know, Kelly is engaged to Fox News correspondent Rick Leventhal. The couple’s original wedding date is in October. However, many Bravo stars are postponing their 2020 weddings due to the coronavirus pandemic.

Sources tell Hollywood Life that Kelly’s wedding is NOT happening this fall because of the coronavirus. The couple is still together and plans to marry at a later date. The source says,

“Kelly has done her best to come to terms with the fact that she won’t be marrying Rick this fall like she had hoped.”

Kelly herself has yet to confirm or deny if her wedding plans are on hold.

The Real Housewives of Orange County will likely resume filming for Season 15 soon. Check back with TV Shows Ace for updates on all things reality TV.