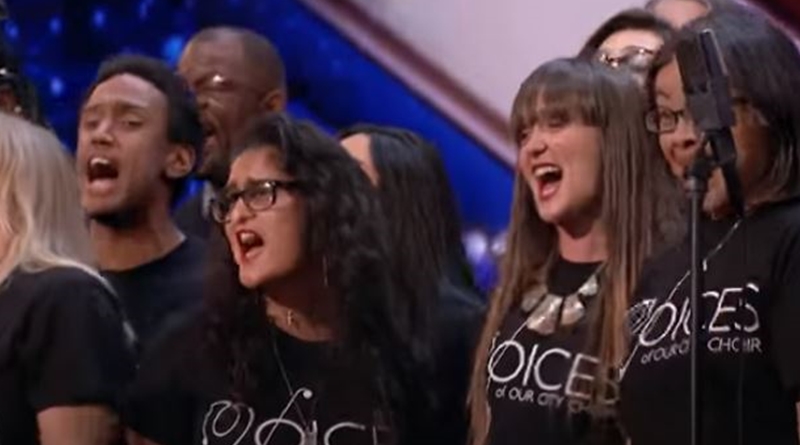 America’s Got Talent Season 15, premiered with a two-hour show on May 25. The season promises some excellent talent, and several names already emerged as potential winners. But, the premiere ended with a slam dunk when the Voices of Our City Choir performed. Many fans felt the golden buzzer for the homeless singers by the host, Terry Crews, was well-deserved.

America’s Got Talent, Season 15 went ahead despite staff drama

TV Shows Ace reported that the season saw drama from within. In January, we noted the show went into a toxic phase in December. Gabrielle Union apparently complained about the work environment and word came out she “got let go.”‘ However, NBC sent out a statement that suggested they were working with her over her issues.” Irrespective, the show went on, in the tradition of entertainment. Fans seemingly care more about talent than off-screen arguments, anyway.

Fans looked forward to the new season of America’s Got Talent, as word came out that some contestants showed a lot promise. Billboard mentioned Angelina Jordan. The 13-year-old from Norway took away the crown in Norway’s Got Talent in 2014. Her January 6 audition blew the socks off the judges and she scored a golden buzzer from Heidi Klum. But in the premiere, it became obvious that plenty of talent turned out to challenge for the title.

Voices Of Our City Choir – more than a sad backstory

Simon Cowell once confessed he holds a soft spot for choirs. But, he sees plenty of them, and he always looks for something a bit special. The show took fans behind the scenes and they elaborated on the rather sad story of homelessness. But, they also delivered something unique. Steph Johnson, who leads the choir said that the cash they raise from performing helps get the homeless off the streets.

Naturally, their message addresses a pressing social need in the USA. During their performance, they sang Listen To The Sounds Of The Sidewalk. The number’s their very own original creation. Soulful but filled with hope, the spoken section seemed reminiscent of Leonard Cohen. Pensioner Patricia impressed America’s Got Talent judge, Simon Cowell very much. It sounds like many damp eyes followed their performance. However, on Twitter, some critics felt the rendition wasn’t that great, and suggested the golden buzzer only came as a “political” decision.

Twitter seems particularly toxic, but YouTube fans offered their praises. One fan wrote, “I’ve seen countless choirs, but I was touched by this one. This choir was unique.” They noted the life struggle that showed on the faces of the members. But, they felt the song went beyond struggles. In terms of talent, they wrote, “The organizer strumming the guitar was really good and must be commended. The lady who talked with a unique tone during the song [came as a] surprise.”

Another person, impressed with the act on America’s Got Talent, described it as “beautiful.” They appreciated Terry’s golden buzzer. They also noted that the title and line about “the sidewalk” delivered a “powerful” message. Noting that the choir “deserved” their golden buzzer, another fan wrote, “I actually loved them. Groovy.”

America’s Got Talent airs on Tuesday nights at 8 pm ET on the NBC network. Remember to check back with TV Shows Ace for more news about the show.

Carlin & Whitney Bates Talk Number Of Kids They Want
Is ‘Seeking Sister Wife’ Going To Crossover ’90 Day Fiance’?
‘Y:1883’: What To Expect From The ‘Yellowstone’ Prequel
Did Amy Halterman Give Birth After The Scare During Last Week’s Episode?
Wait, Is Savannah Chrisley Pregnant? This Picture Has Fans Thinking So