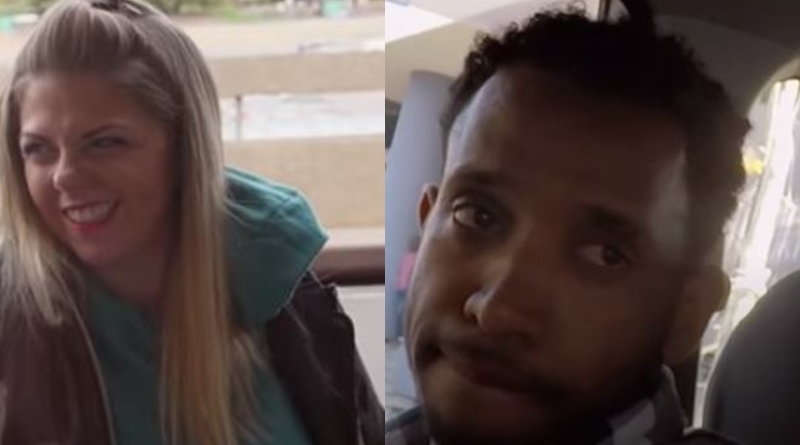 90 Day Fiance: The Other Way returns with a second season on Monday, June 8, 2020. Trailers show a bit about the newcomers and the returnees. Sometimes, the trailers attract haters and Big Ed’s a prime example of that. However, Ariela Danielle annoyed TLC fans already after she commented on Instagram about the trailer.

90 Day Fiance: The Other Way – who is Ariela Danielle?

Ariela Danielle’s Instagram profile describes her as a “Writer – Explorer – World Traveler – Reluctant TV Personality.” On Instagram, Ariela racked up 713 followers so far. Her Linktree account reveals she also maintains a fairly new Twitter account with eight followers so far. TV Shows Ace reported that during the show, fans see that Ariela fell in love with Biniyam from Ethiopia. In an early preview, fans saw Ariela complain about the “state of the toilets and the general standards there.”

But always hot off the print-line, Starcasm dug around. In the preview, Ariela spoke about making a “huge sacrifice” for someone she “doesn’t know.” However, the outlet noted that she was his “boxing manager” at one time. And, she was already pregnant with his child in September before she flew back to Ethiopia on 90 Day Fiance: The Other Way.

The outlet also talked about the fact that apparently, Biniyam already fathered another kid, but no mention of that emerged in the early preview. Probably, that emerges in the show under one of those “secrets to tell” episodes. Oh, and Biniyam also married an American woman, another point missed in the original preview. None of the reveals seems particularly shocking when it comes to TLC and editing, though. However, Ariela managed to annoy fans after she shared a trailer on May 25.

Taking to Instagram on Monday, Ariela shared one of the 90 Day Fiance: The Other Way previews. In her caption, she predicted that critics would “scratch” their heads and bang on about “researching” culture. Talking about the usual “green card” allegations, she added, “The fun awaits…” It looks like nobody commenting on that post felt any particular ire at what she said. However, she followed it up with an Instagram Story. Blogger John Yates spotted it and grabbed a screenshot.

I'm going to Ethiopia… Watch the first hour on TLC Go coming out May 29th or the first episode on June 8th. Watch so you can scratch your head and say… Don't these braindead Americans do research on the culture before they go somewhere? Or he obviously only wants her for a green card! The fun awaits… #90dayfiance #90dayfiancetheotherway #90dayfiancepillowtalk #90dayfiancehappilyeverafter @tlc @90dayfiance #ethiopia #realitytv #nowwatchme

@johnyates327tv noted, “New cast member from season 2 of The Other Way already upset about editing – this should be a fun season. 🤣.” The card that Ariela shared said, “Why isn’t Ethiopia mentioned in the trailer? All the other countries got lettering!” Critics responded quickly. Here’s what some 90 Day Fiance: The Other Way fans said:

Well, veteran fans of 90 Day Fiance know that people love to hate the cast. Each season, one or two emerge early.

Remember to check back with TV Shows Ace often for more news about the cast of TLC’s 90 Day Fiance: The Other Way, Season 2.

Kim Kardashian Receives Backlash For Hosting SNL
Jim Bob Duggar Predicts Insane Number Of Grandchildren He Could Have
‘BIP’ Brendan Morais Reportedly Fired From NordicTrack, Why?
‘I Am Jazz’ Season 7 Premiere Date Confirmed By TLC
‘LPBW’: Little Lilah Does The Most Precious Act Of Love