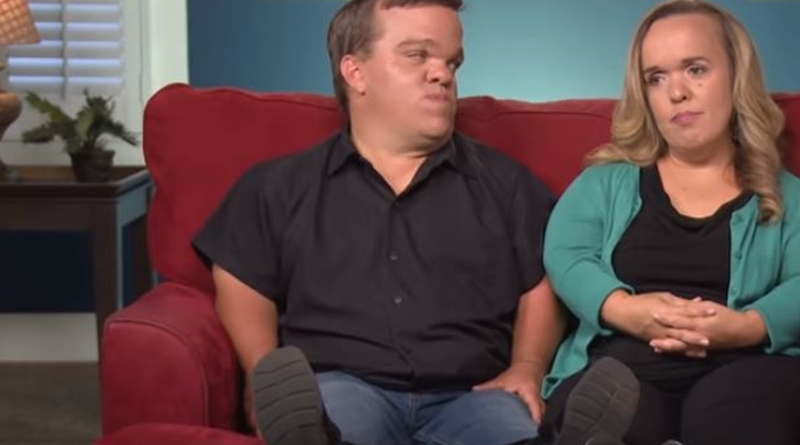 7 Little Johnstons only brings one more episode before the end of the current season. Some moments grabbed the attention and approval of most fans on social media. Most viewers liked the family creating their own Grease theatrical. But as the end of the season approaches, fans seem very divided over the show.

The show started off with plenty of people loving the Grease episode. Actually, not too much criticism went the way of Trent and Amber initially. But, as the season progressed, fans became angry. Most of that started when Amber and Trent insisted Anna couldn’t select her own college. In fact, even the other kids became critical of Anna, and fans slammed the whole family for the way they treat her. TV Shows Ace reported that Anna seemed afraid of the future, but Amber seemed rather cold toward her, fans thought.

After that episode, which saw haters rise on Twitter, we also noted that Trent took to social media. Much criticism went his way as they treat Anna differently from the other kids. We wrote, “The 7 Little Johnstons’ patriarch explained, that some kids are ‘born leaders.’ But, other kids ‘still need to be lead and pointed in the right direction, (sic).'” He also pointed out that Anna performed very well at college. But once fans get their anger up, they can’t seem to stop and criticism continued after this week’s episode.

Fans divided over their feelings about the TLC show

While the TLC show features little people and elements of bullying are covered, it also represents parenting in a huge way. As a family show, many fans take inspiration from the way Trent and Amber raise their kids. However, critics feel this season, the show did no favors for the couple. On Twitter, one follower of the show wrote, “I…enjoyed #7LittleJohnstons but now I can barely watch. Gets me mad. There is no compassion, no acceptance, no affection, no equality in that family, especially against Anna.” They described Amber as “tyrannical.”

In many ways they are far too controlling of their kids. Climb down off of their backs and let them choose the career direction of their lives and which school they’d like to attend. Stipulate: maintain good GPA or YOU get student loans & pay your tuition then. #7LittleJohnstons

Then, one person noted, “This season isn’t a good look for #7LittleJohnstons.” Another person commented, “I really…love #7littlejohnstons but this episode has me feeling way different about Trent and Amber.”

On the other hand, fans who love the show took a completely different stance. One loyal fan wrote, “Seriously Trent and Amber are parenting goals! Love them!” Then, another compliment read, “The 7 Little Johnstons is hands down my favorite show on TLC. I love every family member, but Trent and Anna are definitely my faves.” Lots of fans of a similar opinion shared the sentiments of the person who posted this: “I don’t want the season finale to be next week. I hope there will be another season soon.”

I love the way Trent gave clarity around using the word “shipping” when it comes to Anna going away to college! He’s a very loving dad! #7littleJohnstons

What did you think of the season so far? Next week the last episode airs and critics already grumble about the preview. Sound off in the comments below.