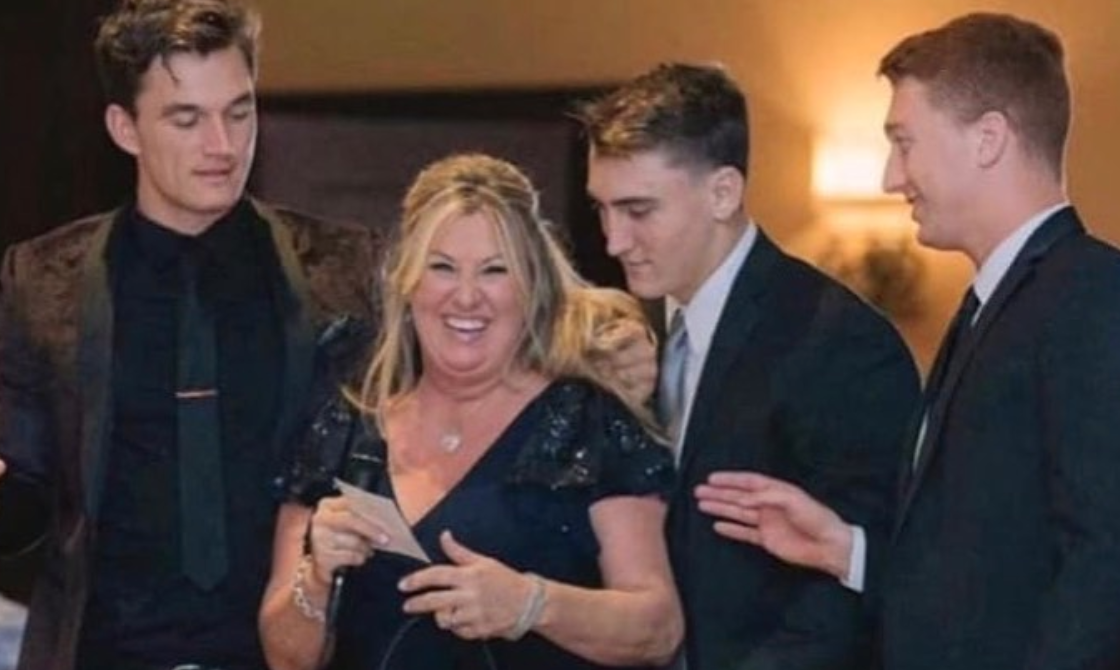 Tyler Cameron from The Bachelorette lost his mom just three months ago. Now, he has shared a sweet photo of her on social media in honor of her birthday.

Tyler Cameron posts about his mom

Tyler Cameron made a new post on Instagram about his late mother according to E! News. Unfortunately, she passed away three months ago, just before quarantine started. The photo is of Tyler, his mother, and his brothers. He captioned the photo: “Happy birthday momma. We miss you.”

E! reports that Andrea Hermann Cameron had a brain aneurysm at the age of 55.

“My mom didn’t care who you were, where you came from, what you’ve done or anything at all,” Tyler’s brother, Ryan, said of their mother. “She saw everyone as the same. She just wanted to help everybody and help them out with whatever they needed help with.”

Tyler’s post earned him a lot of support from people all over the world. Not to mention, several celebrities commented with hearts and words of encouragement.

Tyler and Hannah come together

Shortly after the death of Tyler’s mother is when Hannah Brown came out to spend some time with him and his brother. As a result, they all got pretty close. The group spent the first half of quarantine making TikToks and hanging out together. Tyler says that Hannah was there to support him in his time of need.

However, the two seemed to have gotten really close although they do deny that they are romantically involved right now.

Further, Tyler even went as far as to support Hannah when she said the N-word, TV Shows Ace previously reported. In fact, he actually encouraged fans to be there for Hannah and lift her up instead of tearing her down.

“In these moments, you have the opportunity to burry someone or lift them up. We need to lift HB up from this. She is learning and growing just like every single one of us. Love rids hate. Hate only makes more hate. Let’s learn and lift each other up with love,” Tyler said.

Hannah did come on Instagram and apologize the next day for her actions.

“I owe you all a major apology. There is no excuse and I will not justify what I said. I have read your messages and seen the hurt I have caused. I own it all,” she wrote on the social media platform.

She continued saying: “I am terribly sorry and know that whether in public or private, this language is unacceptable. I promise to do better.”

What did you think of Tyler’s post about his mother? Let us know what you think in the comments below. Come back to TV Shows Ace for news on all of your favorite Bachelor Nation stars.