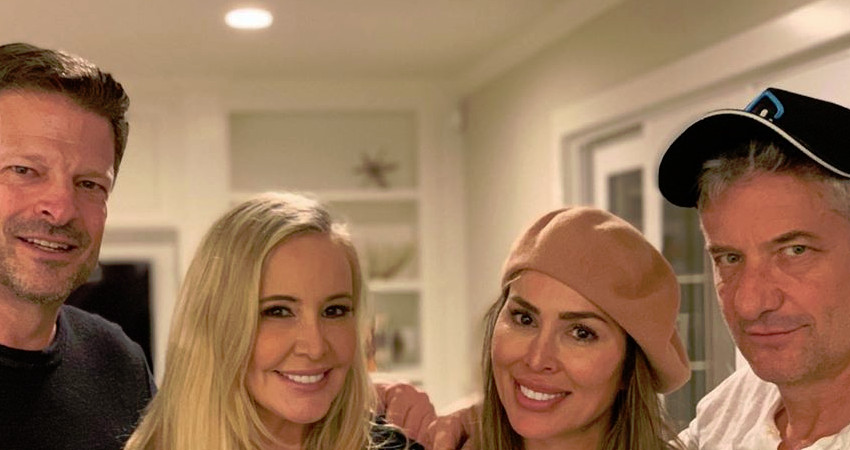 The Real Housewives of Orange County star Shannon Beador saw something over the weekend that made her very unhappy. While stopped at a stoplight, she saw numerous people dining outside of a restaurant. Without social distancing or wearing masks.

While many areas of the country are slowly reopening, Orange County, California, was still under strict social distance guidelines at the time. Shannon did what anyone in 2020 would do: blasted the restaurant on social media.

The restaurant in question is in Newport Beach, CA. Shannon, along with her RHOC co-stars Kelly Dodd and Braunwyn Windham-Burke, lives in the area.

Shannon writes that she was stopped at a stoplight when she heard “a roar of voices” coming from across the street. Of course, she whipped out her phone to record what was happening. Her video shows several different tables on an outdoor patio filled with customers. No one is social distancing or wearing masks.

The RHOC star chides the eatery, Rothschild’s Restaurant, for not adhering to social distancing guidelines. Shannon writes that what she’s seeing is “not okay.” Shannon further states that such gatherings are “not planned, not allowed.”

She tagged @rothchilds in her post. She ended her vent with the hashtag #rulefollower.

Shannon herself was recently dragged by fans for posting close-up selfies with Kelly, Braunwyn and Emily Simpson. While all four were wearing masks, they weren’t practicing social distancing in the photo, TV Shows Ace reports.

In response to the outrage, Shannon revealed at the time that she takes social distancing seriously because of a heart condition.

Some fans were, of course, outraged on Shannon’s behalf. However, many of them called her out for publicly shaming the restaurant. The Blast reports that several fans called Shannon a snitch.

Another fan likened her to a ‘Karen.’ Wikipedia defines a “Karen” as a middle-aged entitled white woman. The diss is common in memes to shade someone for being a tattletale.

One follower suggested that Shannon could have contacted the restaurant privately instead of blasting them on social media.

When I go to a social distancing happy hour every week, this is not ok @rothchilds As II sit at the stoplight, I literally hear a roar of voices. Not planned, not allowed. #rulefollower❤️

Even Shannon’s RHOC co-star Kelly dumped on Shannon in the comments. Kelly wrote that while she believes in social distancing, the sick or vulnerable should just stay home. According to Kelly, her “civil liberties” allow her to go to bars if she wants to.

Kelly threw some shade at Shannon’s “rule follower” hashtag with a hashtag of her own: #sheepmentality.

Tell us in the comments if you think Shannon was out of line by shaming the restaurant on social media.

The Real Housewives of Orange County is currently on hold until filming can resume. Check back with TV Shows Ace for updates on Season 15.