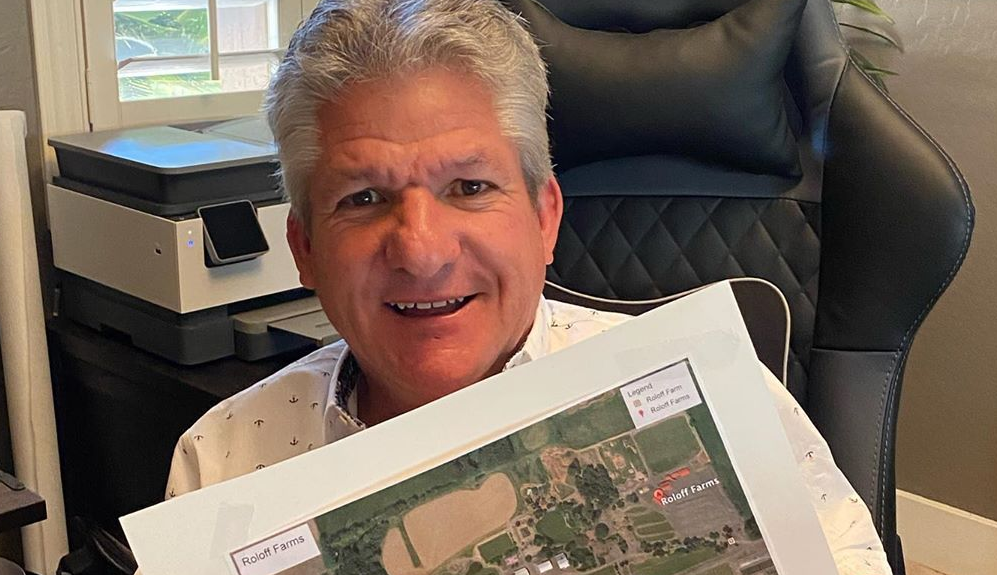 Little People, Big World has treated fans to a whirlwind of surprises as this season progresses. One of the more noteworthy surprises has been watching Amy Roloff move away from the Roloff Farms. Given she and Matt had moved on… It was a move that made sense. Moreover, fans got to watch Chris Marek propose to Amy.

Still, Amy leaving Roloff Farms could not have been easy for Matt. After all, LPBW fans know Amy and Matt have spent the last few decades building the farm together. It has a special place in both of their hearts. But, they’ve moved on with their lives and their relationships. Both continuing to live on the farm just didn’t make sense.

Matt has been incredibly open with how difficult it is for him to keep up with Roloff Farms without Amy around. He, however, is not ready to give up on the farm. In fact, he reassured LPBW fans he is still building the farm up. He has reassured his followers on Instagram that things are going well. He has even hired some extra help.

Does Matt Roloff want his sons to take over?

It goes without saying that Matt Roloff isn’t getting any younger. In fact, he is just shy of 60-years-old. So, it is not too surprising that keeping up with the property has become a challenge for him. Some LPBW fans suspect it is just too much work for him. Now, he does have the help of his girlfriend Caryn Chandler. But, most of the work still falls to him.

As a guy who loves to build and juggle multiple projects at the same time. I hang on to those companies that are incredible to work with… @convoy_supply so helpful working in the background in building Roloff farms projects. Sometimes I just want to thank the good people I get to work with. And thank all of You that take an interest in those projects featured on our show LPBW. Thanks all!! #lovelove #staysafe #supportthecompaniesyoulove #letgetbackontrack

Instead of selling the farm, some believe it might be easier for Matt to pass it to his sons. After all, Zach and Jeremy Roloff are certainly open to the idea. Matt even told his followers on Instagram Live he wanted nothing more than for his sons to take over.

“The ultimate scenario for me is that the twins would take over the farm and work together … but nobody likes to run that pumpkin patch like I do,” Matt explained.

Preferring for things to be done a certain way… He just wasn’t sure how easy passing the farms to someone else would be.

Matt Roloff is currently building up the farm.

Sure, there might reach a point in time where Matt has no choice but to sell Roloff Farms (or pass it on to a family member). But, that is not the case right now. In fact, he’s been actively working on Roloff Farms all month. He’s been sharing photos and videos of himself building up the farms on Instagram. He even began to build a new cabin.

On May 23, he shared a snap featuring the progress on the cabin after three “very productive weeks.”

In the comments, Matt confirmed the cabin would be used for a multitude of things. This included both pumpkin season and his grandchildren.

Preparing for the new season, he also confirmed he has both hired and trained new employees. Perhaps they will help take some of the work load off of Matt’s shoulders.

Fans hope for the best, but worry about Matt.

During this busy time of the year, Matt typically has Amy helping him with the work load. Amy, however, exited the farms. In fact, fans suspect she is busy planning her wedding. So, she likely doesn’t have time to help much anyway. So, fans can only hope Matt is getting support elsewhere. After all, they don’t want him doing too much and hurting himself!

Everyone always asks.. “What is your latest project?” Too many to list. 🙂

Do you think Matt Roloff is struggling to manage the farms without Amy?