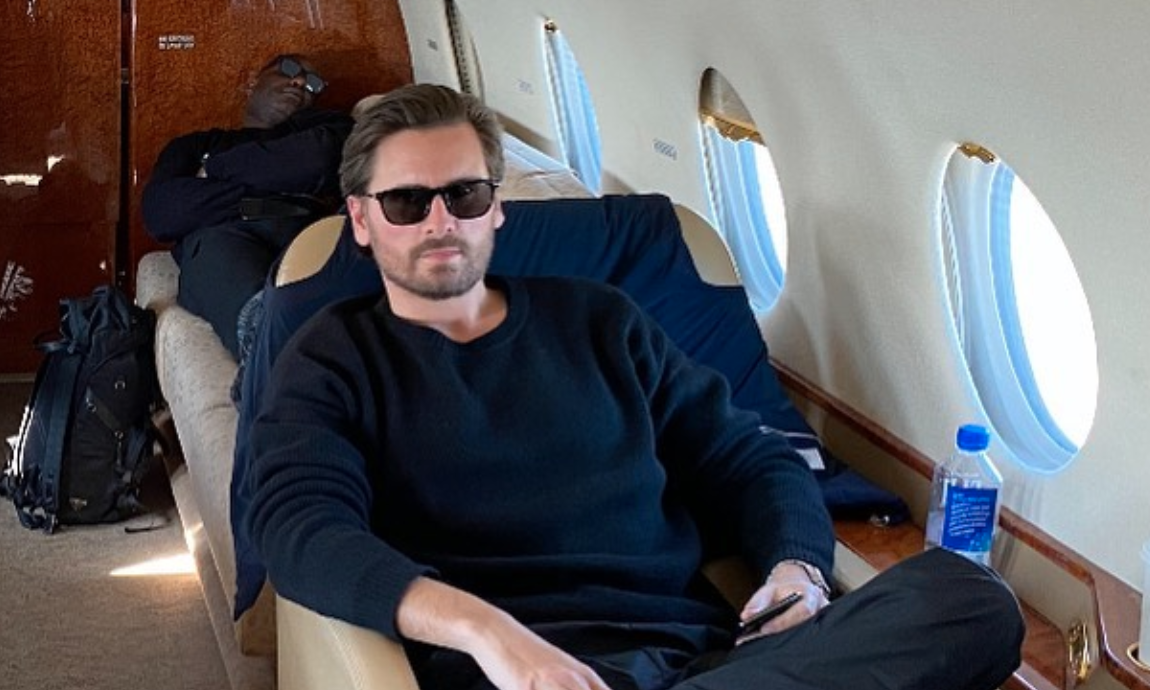 KUWTK star Scott Disick is celebrating his birthday today. The whole family has jumped on social media to celebrate his special day.

According to Entertainment Tonight, Scott Disick turned 37 today. The star has been on KUWTK the whole time it’s been on. He was dating Kourtney Kardashian for quite some time. They broke up a while ago, they still share three children. This keeps Scott pretty involved with the whole family.

They all celebrated Scott on social media today. Khloe Kardashian has always been really close with Scott. She posted several photos of the two of them and left a sweet caption to go along with it.

“Life would be SO boring without you! Thank you for being such a great brother to me. Cheers to you being spoiled and I pray this year is filled with magic,” she wrote. “You deserve only the best! We have so much more life to live 🙏🏽Forever family! I love you long time!”

Khloe isn’t the only one who is reaching out. Kim Kardashian tweeted about him saying: “Happy birthday Scott Disick!!! We have so many memories together. You are such an amazing father, brother and friend. Thank you for being such an amazing person to our family. I love you.”

It’s clear the family really loves him. He has come a long way since the beginning of the show when it seemed like no one liked him.

Happy birthday Scott @letthelordbewithyou!!! You are such an amazing father, son, brother, partner, and friend!! Thank you for bringing so much love and laughter to our family! Thank you for your sense of adventure and always being there for all of us. You are amazing and I love you! Mama K xoxo 🎂🥳🙏❤️ #HappyBirthdayScott

Did Kourtney say anything?

The biggest question, of course, is if his ex-girlfriend, Kourtney Kardashian, said anything to her baby daddy. So far, she hasn’t put anything on Instagram about Scott. She did post a lot about a trip that she took with the kids, so that’s good. There’s no telling if Kourtney and Scott did anything to celebrate away from social media.

Kourtney does tend to keep things pretty private so this is a definite possibility.

Scott goes back to rehab

Scott has been on a rocky road lately though. According to TV Shows Ace, he just checked himself into rehab in Colorado for substance use. However, the star has since left. A source says that while he was doing well for a while, it was time for him to get his life back on track again. Kourtney and Sofia Richie had a lot to do with his entry into the facility.

“Kourtney and Sophia [Richie] were a big proponent in having Scott enter rehab in Colorado,” the source continued. “At the end of the day, Scott needs to be clean to be around his children and family and that’s everyone’s main focus right now … is Scott’s sobriety and the kids having a healthy father.”

Stay tuned to TV Shows Ace for news on all of your favorite KUWTK stars.

‘General Hospital’ EXPLOSIVE Spoilers: Sonny Heads Home, Who Survived The Bomb?
‘Love After Lockup’ SHOCKING Spoilers: Are Stan And Lisa Still Together?
‘RHONY’ Season 13 Reunion Canceled: What Does This Mean For The Show?
Khloe Kardashian Poses Nearly Nude On Instagram
Is ‘American Pickers’ Co-Star Is Behind Mike Wolfe’s Recent Breakup?