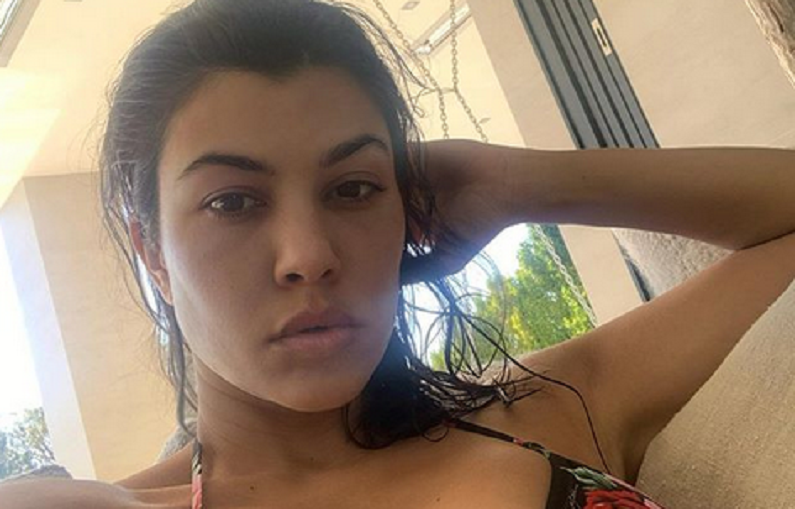 Kourtney Kardashian went on an “escape” with her kids amid the coronavirus pandemic. The Keeping Up With the Kardashians star traveled to the desert. She took to Instagram to share photos and videos from her trip to Lake Powell in Utah. But she wasn’t alone. She had ex-boyfriend Scott Disick with her.

Per Entertainment Tonight, Kourtney Kardashian shared photos and videos from Lake Powell. On Monday, May 25, she took to Instagram to show off her getaway. The mother of three shared a photo of herself standing on rocks in a rust-colored bikini with the caption, “Escape to the desert.”

Escape to the desert 🌵🐫🌞

The 41-year-old reality star also posted several photos of herself with her two youngest children, Penelope, 7, and Reign, 5, riding horseback. She captioned the post, “Western.”

Kourtney also took to her Instagram Stories to post clips of herself on a boat. She also shared one clip of her family roasting marshmallows by the fire. It’s unclear how Kourtney made the trip to Utah. The destination is a 12-hour drive from Calabasas, California. Since domestic air travel is limited, she could have traveled by private jet.

Kourtney Kardashian isn’t alone on her trip. It appears that her ex-boyfriend, Scott Disick, joined her as well. This comes ahead of his 37th birthday. He posted several photos over the weekend on his Instagram Stories. Most of the photos feature the desert background. In one of the photos, Scott wrote, “My little girl is just [too] pretty.” She’s also seen wearing a rust-colored bikini, similar to the ensemble that Kourtney wore in her photo.

Earlier this month, Scott checked himself into a treatment center before abruptly leaving the facility. He left due to privacy concerns following an alleged leaked photo of Scott at the facility. The Flip it Like Disick star maintained a low profile since then.

It’s also unclear whether Kourtney’s sisters are on the trip with her. It appears that the Kardashian-Jenner clan have started to see each other again amid the quarantine during the coronavirus pandemic. Kylie Jenner shared a video of her daughter, Stormi, and Kim Kardashian West’s daughter, Chicago, to her own Instagram account over the weekend.

Kim also shared a photo of her 4-year-old son, Saint, and her nephew, Reign, smiling together. Also on Monday, she wrote, “OMG, I can’t with these two.” The family is currently filming the upcoming season of Keeping Up with the Kardashians from their iPhones within the confines of their California homes.

Kourtney Kardashian stepped back from filming Keeping Up with the Kardashians Season 18. Her announcement didn’t come as a shock to viewers since she’s talked about leaving for years. Fans understand Kourtney’s decision. She has several reasons to remove herself from KUWTK.

Kourtney did most of the heavy lifting for years. She let the camera crews film her on-and-off relationship with Scott. She even gave viewers a glimpse at the birth of her children. Nowadays, Kourtney wants to focus on her children. She has emphasized how much motherhood is important to her.

Kourtney also wants to focus on her personal projects. She recently starred in Lil Dicky’s FXX series, Dave. The reality star played herself as a guest at Justin Bieber’s house party. Kourtney also runs her lifestyle brand, Poosh, which she wants to inject more energy into.