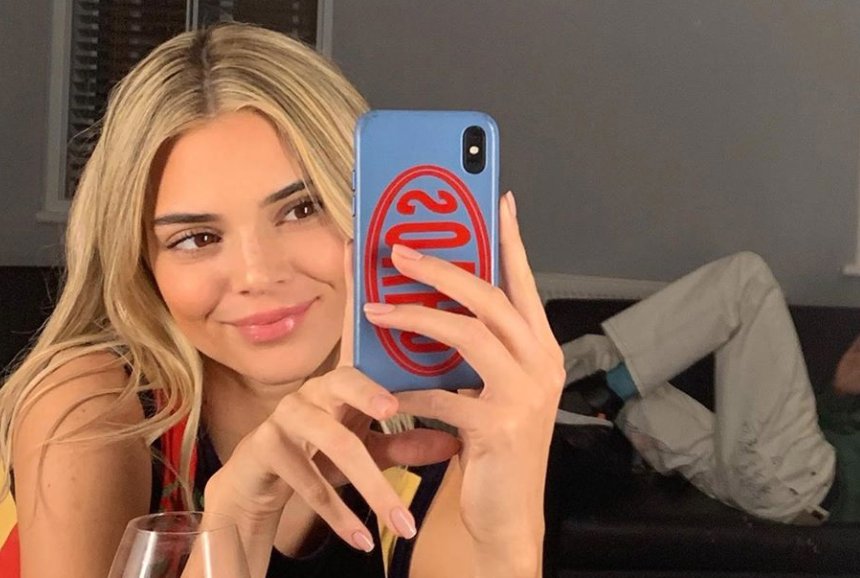 There have been rumors flying that Kendall Jenner is dating an NBA player. Now, she was seen out with him again over Memorial Day weekend.

Kendall Jenner was spotted out with NBA player, Devin Booker, this weekend People says. They were seen driving around near the Van Nuys Airport in Los Angeles. This isn’t the first time they have been seen out together, so a lot of speculation is being caused.

After being seen out in April though, a source reported that the two are just friends.

“She and Devin have a lot of mutual friends,” the source said. “They’re just friends for now but you never know with Kendall.”

This does come about a month later, so there could be a chance that now they could be together officially.

What happened to her ex-boyfriend?

Most recently, Kendall was in a relationship with another basketball player, Ben Simmons. However, in May 2019 the couple called it quits. They said the relationship had run its course, but then picked it up again in December. They spent New Year’s Eve together and were even seen together as recently as February. However, there hasn’t been anything of substance between the two of them since.

The fact that Kendall has dated so many NBA guys has not gone unnoticed by fans. TV Shows Ace previously reported that after the first time she and Devin hung out, the social comments started flying. Kendall got involved and even sent out a pretty savage tweet after someone commented on it.

The person on Twitter said that the NBA players were just passing her around. Needless to say, Kendall was not happy with that.

they act like i’m not in full control of where i throw this cooch https://t.co/DOCPKMdW6K

While it’s not always the best to get involved with social drama, Kendall’s comment was pretty admirable.

Someone else online commented also commented back with another interesting comment. They said: “Maybe she passing them around.”

What do you think of Kendall Jenner and Devin Booker? Do you think they would make a couple? Or, do you want Kendall to stay single? Let us know your thoughts in the comments. Be sure to come back to TV Shows Ace for news on all of your favorite KUWTK stars.

Ryan Sutter Of ‘The Bachelorette’ Fulfills Dream Amid Health Crisis
‘Bringing Up Bates’ Finale: See Travis Clark’s Romantic Proposal To Katie
Savannah Chrisley Gets Scolded By Fan For Wearing Barely Nothing?
Does ‘Seinfeld’ Have A Netflix Release Date Yet? When To Expect It
Ben Seewald Takes Kids On Exciting Venture: See Photos