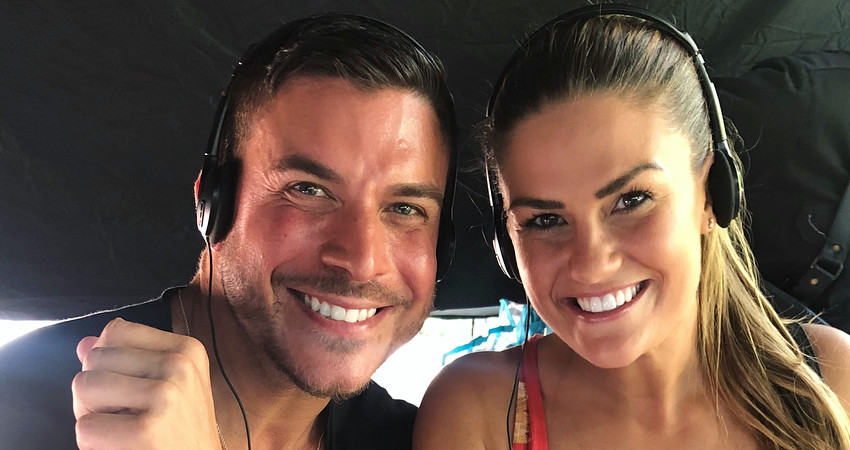 It’s been over a week since the explosive podcast with a former Vanderpump Rules editor hit the internet. At the time, the audio-focused mostly on the editor’s admission to making Scheana Shay look bad.

VPR Editor Slams Jax for ‘Lies,’ Implies Jax Tried to Bribe Her to Edit Brittany Cartwright in a Good Light

The VPR editor, Bri Dellinger, is especially peeved that her attempts at friendship were rebuffed by Scheana and Stassi Schroeder. She reveals that she had more luck with Jax, though she admits that he “runs hot and cold” with the editors.

In the now-deleted Twisted Plot podcast, Bri details an “intense” encounter she had with the SUR bartender. According to Bri, Jax once bought her a shot and requested that she edit Brittany Cartwright, his then-girlfriend, now-wife, nicely. She says,

“At one point, [Jax] was like, ‘I’m going to buy you a tequila shot. Please don’t make my girlfriend cry with the way you edit her.’”

However, in the next breath, she slams the VPR star for claiming to know all of the editors. She dismisses these tweets as lies.

When the editing scandal originally broke, a fan tweeted Jax about it. In response, Jax wrote back that he was “unaware” of any issues with editing. (Yet, he recently blamed “bad editing” for his behavior on Season 8.)

This is interesting. I was unaware. https://t.co/11lBUdBv8k

Raquel is More Brittany Than Brittany

In general, fans have been in for a rude awakening about Brittany this season. In prior seasons, fans felt she was a sweet country girl corrupted by Jax. However, the pastor scandal at the start of the season has soured viewers on her “country bumpkin” schtick.

The former VPR editor echoes that sentiment on the podcast. She compares SUR newbie, Raquel Leviss, to Brittany. (While Raquel is new to SUR, she’s not new to VPR fans. James Kennedy’s IRL love, Raquel appears occasionally in the last few seasons. She was promoted to full-time cast member ahead of Season 8.)

Bri describes Raquel as “innocent and wonderful,” everything Brittany used to be. She says,

“I think she’s everything everyone thought Brittany was, as far as innocent and sweet. I think Raquel is so much more of all that.”

Is VPR Phasing the Couple Out? Editor Seems to Think So

Fans are fed up with Jax and Brittany. That started after VPR dragged their wedding out for over three episodes. After the wedding episode, Jax and Brittany took a backburner. Bri notes that “people seem to be enjoying” their absence.

Jax and Brittany were completely absent from one episode later in the season. According to Bri, VPR was “testing it out” to see how the show would look without some of the cast.

Is the editor implying that Jax and Brittany are being phased out of VPR? Possibly, because she then dished on the as-yet-unconfirmed spin-off. She said she “hopes” to edit both the original and the spin-off.

Those hopes were dashed when she was fired last week after fans demanded #JusticeForScheana.

Two possible VPR spin-offs could be in the works. One about Lisa Vanderpump’s Vanderpump Dogs dog rescue. Or one about her Las Vegas restaurant, which was featured during Season 8 of VPR.

Tell us in the comments if you’re ready for a Jax-less Vanderpump Rules. Season 8 wrapped up last week, but Secrets Revealed airs Tuesday, May 26 on Bravo. Then the three-part virtual reunion starts on June 2. Check out two preview clips of Secrets Revealed.