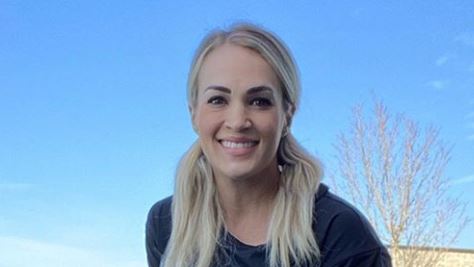 Carrie Underwood reminisces about the 15th anniversary of her American Idol win on Monday. Underwood beat out runner-up Bo Bice to take home the prestigious honor that catapulted her career. Because, Carrie was 21 at the time she never dreamed she would become one of the biggest country artists.

In addition, she shared a fan-made video detailing her music career since winning back in 2005. Carrie Underwood tweeted a response to a YouTube clip titled “Happy 15th ‘Idol-versary’ Carrie.” “It’s been an incredible ride and I couldn’t have made it through without all of you guys!!” she wrote to fans. “THANK YOU so much for this sweet video!!”

Never Forget Where It All Started

Carrie Underwood will never forget where she got her start singing music she loves. Last year she returned to American Idol for the season finale. She sang her hit song Southbound and reflected to host Ryan Seacrest about her time on the show. Carrie said she was full of emotions, talking about, “being horrified, scared, nervous, excited, all of the above.”

Carrie commemorated her 15 year American Idol audition with a sold-out show in Nashville, Tennessee, according to People. She included songs from many female artists such as, Dolly Parton, Reba McIntyre, and Shania Twain. Her opening acts were other female artists, Maddie & Tae and Runaway June. Carries Underwood told the crowd, “When I was little and someone asked me what I wanted to be when I grew up, I would say I want to be a country music singer.”

Carrie Underwood said, “I started going to school to get a real job, because dreams tend to giveaway to practicalities.” She continued, “One day there was an open door, and I walked through it and my life changed forever.”

“If there is something you guys out there are holding on to that just seems like too big of a dream or something too crazy,” she said. “I’m living proof that the craziest things can happen, and you can end up exactly where you always wanted to be.”

Carrie knows that without her fans she wouldn’t be where she is now. Because, of those fans she gets to live out a dream that most people don’t. Underwood shared a video backstage after her concert in Nashville writing on her Instagram:  “Thanks again #Nashville for Crying Pretty with me last night! 💖 What an incredible night! #CryPrettyTour360.”

Carrie has been one of the more successful artists from being on American Idol. Her first audition on Idol she sang Bonnie Raitt’s “I Can’t Make You Love Me.” Along the way she found her country roots and the rest, as they say, is history. It’s only been 15 years since her win, Carrie has many more years to go.