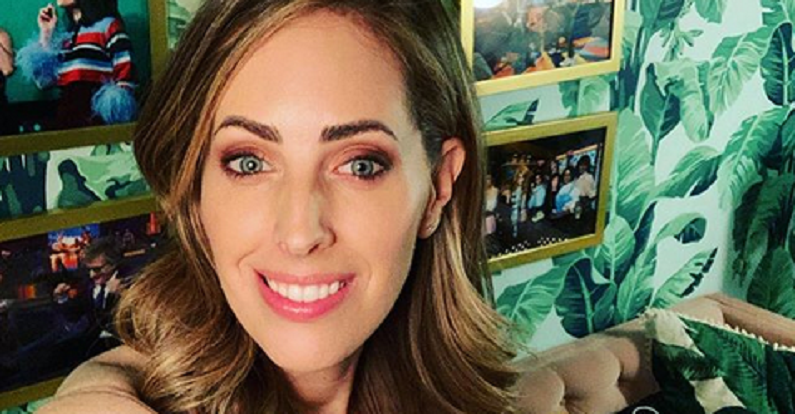 Below Deck Sailing Yacht star Jenna MacGillivray knows the pressures of being on reality television. The chief stew became the most-hated chief stew in Below Deck history. The viewers haven’t warmed up to her and it doesn’t look like they will anytime soon. Fans slammed Jenna for everything from her work ethic to her relationship with chef Adam Glick.

Jenna addressed the backlash she received on social media. She even penned a long apology to her fellow crew members on Instagram. Jenna has done a lot of reflecting during these past few weeks. Now, she’s giving viewers a glimpse into what it’s like filming at sea.

Chief stew Jenna MacGillivray had years of experience with yachting before appearing on reality television. She realized that filming a reality TV show can get pretty awkward at times. Prior to the Monday, May 25 Season 1 Below Deck Sailing Yacht finale, MacGillivray shared the secrets of filming at sea. In an exclusive interview with In Touch Weekly, she revealed that the behind-the-scenes crew is not allowed to speak to the cast.

“The camera crew are told not to say a single word to you ever,” MacGillivray said. “So it’s so funny because for six weeks, you’re filming and then on the final day, they’re like, ‘Hey I’m Travis.’ And you’re like, ‘F***, you have a voice?'”

She found the experience awkward. MacGillivray didn’t want to turn into someone else in front of the cameras. Instead, she just ignored the camera crew as she did her job. It helped her keep that “separation” between the crew and herself.

While some Below Deck Sailing Yacht stars may have hammed it up for the cameras, the Canadian said she would tell herself to “forget that they were there” instead of creating a “different persona.” It became easier with time. MacGillivray was especially mindful of the crew whenever she was changing clothes. She would even use the bathroom to put on her pajamas.

Jenna Reveals one of her favorite moments, and it doesn’t involve chef Adam Glick

The yacht can get crowded with the charter guests, production crew, and the sailing crew. MacGillivray made sure she had time to herself. There were some key moments in the morning when she would have the entire deck to herself. The chief stew would make sure to wake an hour before the rest of the cast and crew so she could soak it all in.

“I would wake up every morning … and would go out on the bow and just listen to music for an hour, have a coffee and just have that peace,” she explained. “I just love the fact that I could wake up, be on a boat, and just sit and look at the ocean and all the boats going in and out. That to me is complete pleasure.”

“This is what I work for. What makes me love the job I do cause it affords me time for what I LOVE, nature, exploration, being on/near the water, campfires, laughing, going to sleep when the sun sets and waking up when it rises. This is my church. This is where I’m happiest.”

MacGillivray’s followers wondered if the van belonged to Glick. She confirmed in the comments section that she borrowed it from a friend who parked near the island. While MacGillivray’s post is full of optimism, Glick previously revealed on Watch What Happens Live with Andy Cohen that they are no longer in a relationship. Although they are no longer dating, the experience being on the show has bonded them forever.