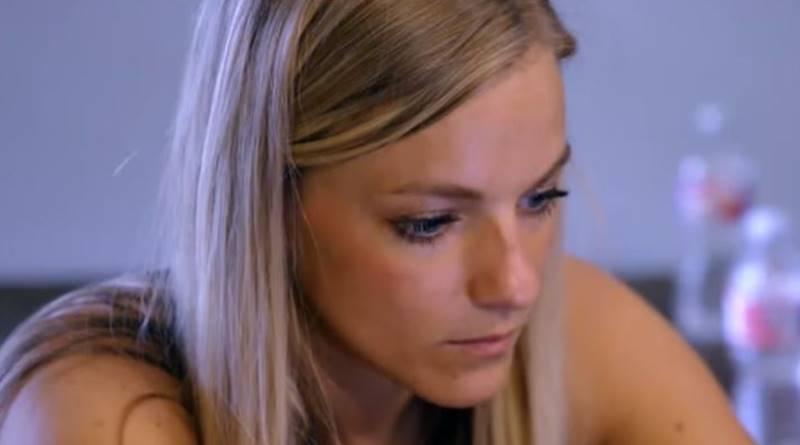 Teen Mom OG fans heard that as far as Mackenzie’s concerned, it’s all finally over between her and Josh. It came after a now-deleted Facebook post that suggested Josh cheated on her with her cousin. However, Mackenzie now denies that Josh ever cheated on her with any family member.

Teen Mom OG – Mackenzie on Josh cheating with her cousin

TV Shows Ace reported on an article that came out by The Ashley’s Reality Roundup. The outlet usually seems particular in checking out their information. And, because of that, they developed a rep for reliability. We noted that their article came out last week. In it, they talked about one of Mackenzie’s Facebook posts but mentioned it was since deleted. At this stage, because of it being deleted, the original facts can’t be verified. But, the outlet saved a screenshot of it. However, we do know that the Teen Mom OG star now refutes the contents of the story.

In the article, the outlet said that Mackenzie practically accused Josh of cheating on her with her cousin. They noted that she said he “texted a woman 3-600 times per month and [called] her on these nights he was ‘fishing’ until 3 a.m..”‘ They also cited her as saying, “Obviously [he was having] another affair. So I go to call the number and it was my close cousin Ashley.'” Well, now the Teen Mom OG star denied she said anything about her cousin and Josh “cheating.”

InTouch Weekly reported that Mackenzie refuted the claims. They cited her as saying on Twitter “I never used the word…‘cheating.'” Then, she asked, “Please stop stalking and digging for relatives and invading privacy.” It seems that she since found out that Josh only texted her cousin to ask for “advice on how to handle[her].”

As Mackenzie felt that’s “wrong,” that’s why she chose to “walk away.” Well, maybe the cousin had it out with her. And, while she said she never used the word “cheating,” the screenshot indicates that the word “affair” got used. Maybe she just jumped to the wrong conclusion and now regrets it. That could explain why the Teen Mom OG star later deleted the Facebook post.

I never used the word “banging” or “cheating” please stop stalking and digging for relatives and invading privacy. Josh was texting and calling her for advice on how to handle me and to me that was wrong on both ends and enough to walk away. Now let’s all move along

On her Twitter, fans commented, and one noted, “You made it seem like he cheated. He didn’t. Wow… sad for Josh.” Mackenzie then clarified that the word “affair” she used, related to an “emotional affair.” She said, “I do think an emotional affair is a thing. I do not go to men for marital advice. Unless a counselor.”

What do you think really happened? Did she feel Josh cheated by having an alleged “affair” with his cousin? Did the Teen Mom OG star realize later that he only texted her cousin for help about coping with their relationship? Perhaps her reaction now is motivated by the fact that media and fans try and check out her cousin’s social media to try and find out more details. Sound off your thoughts in the comments below.

‘DDWTD’ Fans Feel Comforted As Karen Derrico Reaches Out
‘OutDaughtered’: Did The Seven Busby Girls Wear Down Adam?! See Photo
Is Erika Jayne Calling One Of Her Co-Stars A ‘Snake’ For Leaking Info?
Mariah Brown Makes Rare Appearance On IG With A Strong Message
New Netflix Show ‘Sexy Beasts,’ You Have To See It To Believe It