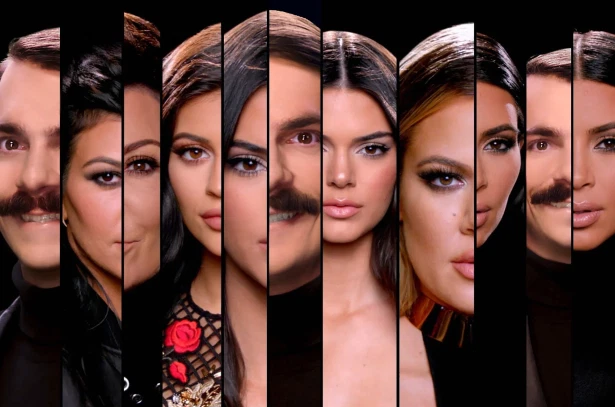 If you do a search for the Kardashians on Google this morning you’ll notice the name Kirby Jenner is currently trending. Now, you might be baffled and scratching your head. Who the heck is Kirby Jenner? How is he related to the Jenner and Kardashian family?  Truthfully, Keeping up with the Kardashians fans shouldn’t feel that bad if they’ve never heard of him before. Why? Well, he isn’t actually a member of the Kardashian-Jenner family. So, who is he exactly? We’ve done a little digging. Here’s what we’ve been able to find out.

Who is Kirby Jenner, Anyway?

Yes, Kirby Jenner is Kendall’s “twin.” But, only on social media. He is nothing more than a persona. Once you do a bit of diving onto the Instagram profile of Kirby, you will realize one simple thing. Kirby’s photos are all photoshopped. They are really great photoshops. But, he photoshops himself into the Kardashian and Jenner family photos.

For example, Kirby Jenner wished his “mother” Kris Jenner a Happy Mother’s Day on Instagram. The photo featured a “throwback photo” of himself and Kris shopping at Toys R Us.

Happy Mother’s Day to my favorite Mom! This is such a bittersweet throwback pic for me… Yes I’m reminded of my favorite store, Toys R’ Us, closing down forever, but I’m also reminded of an amazing afternoon with my Mom. I’ll never forget her warm words echoing the aisles, “Put that back! Actually, just go wait in the car. Make sure to turn on the A/C. Kirby… Kirby, are you listening? Kirby!!” RIP Toys R’ Us. I’ll see you in heaven🦒😇 🙏

The Kardashian family seems to accept him.

It is likely the Kardashians and Jenners following him and interacting with him on social media that truly leaves fans confused.

It’s me. I’m the secret 😂 Check out me and the family on my new show #KirbyJenner ‪this SUNDAY‬ on @quibi

So, how exactly did Kirby Jenner come to be? Well, here’s what one fan of the Kardashian family had to say about it on YouTube:

For everyone asking … no, Kirby is not real and the guy who plays Kirby is not actually a Jenner or a Kardashian. He’s an internet celebrity who started photoshopping himself into Kendall’s photos a while back as a joke – one thing led to another.”

Turns out, he was a social media influencer who thought it was funny to photoshop himself into family photos. He assumed the persona of Kendall’s secret twin as a joke. The joke just got a lot of traction. And now? He has his own show.

The official trailer for the series titled after his “name” dropped on YouTube just yesterday. The first two episodes of the eight episode series also dropped on Quibi yesterday.

Unfortunately, some Kardashian fans are a little frustrated they would have to commit to a new streaming service in order to watch the new series. Fortunately, new users can enjoy a two week free trial. So, they could just wait for all eight episodes to be released before signing up.

So, will you check out Kirby Jenner? Had you ever heard of him before now? Tell us about it in the comments!