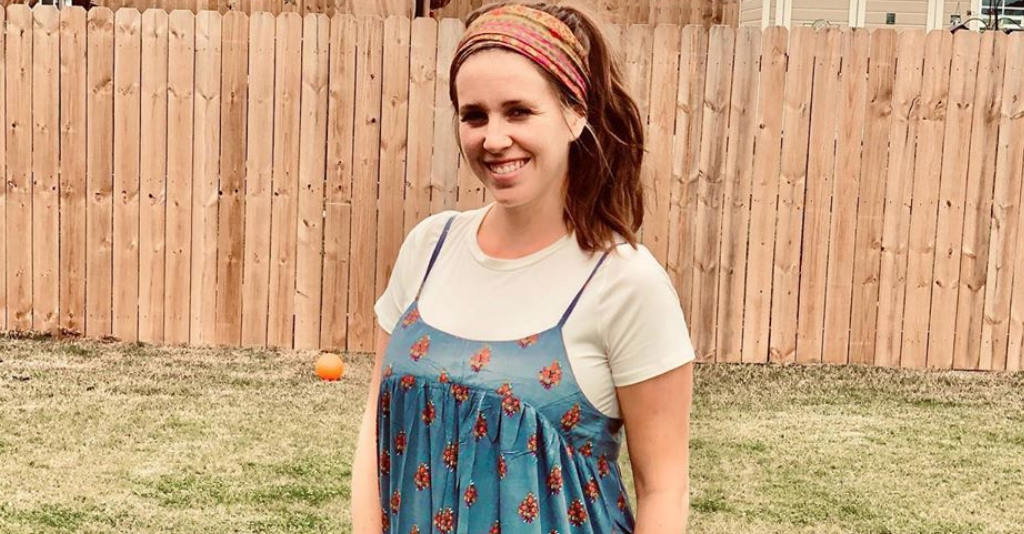 On social media, Jill Duggar Dillard has been showing off her new clothing and accessories. In several stories and posts, she talks about Natural Life. In one of her stories, she films herself unboxing a huge package from the company. They sell clothing, accessories, and more. And, from what Jill is saying about the company, it sounds like she’s a huge fan. Since receiving her order, she’s posted several times about what she received.

From Jill’s posts, it looks like she received a good selection of items. She shows off her new headbands and wraps. She also received a couple of rompers and jumpsuits. In one photo, she’s wearing a t-shirt with a floral print on the front. After a Duggar fan asked her where she got it, she revealed that it’s from the same company.

🌸Enjoying some beautiful weather outside today before the rain starts. 💞 Love my family 🤗

Nearly 100 of Jill’s followers liked the comment where Jill calls herself a “hippie chick.” So, maybe they like the new look Jill is going for.

Does Jill have a partnership with Natural Life?

🌸 “But this I call to mind, and therefore I have hope: The steadfast love of the Lord never ceases; his mercies never come to an end; they are new every morning; great is your faithfulness. "The Lord is my portion," says my soul, "therefore I will hope in him."” ‭‭Lamentations‬ ‭3:21-24‬ ‭🙌🏻 . . . ☺️What blessings are you counting today?

The promo code includes her name too. This makes fans think that Jill has some type of partnership with Natural Life. She might receive a commission for every order that comes in using her promo code. It’s unclear if she officially has a partnership with Natural Life though. She might just like their products so they decided to send some to her. Or she might have bought them herself, but she did receive a pretty large haul.

While the Duggar daughter might be partnering with Natural Life, she isn’t explicitly stating that she is. Typically, when influencers and other social media users work with brands, they will add “#ad” or “#sponsored” to their posts. Jill has yet to do this though.

So, what do you think of Jill’s new “hippie chick” style? Do you like the new clothes and headbands on her? Leave a comment below.