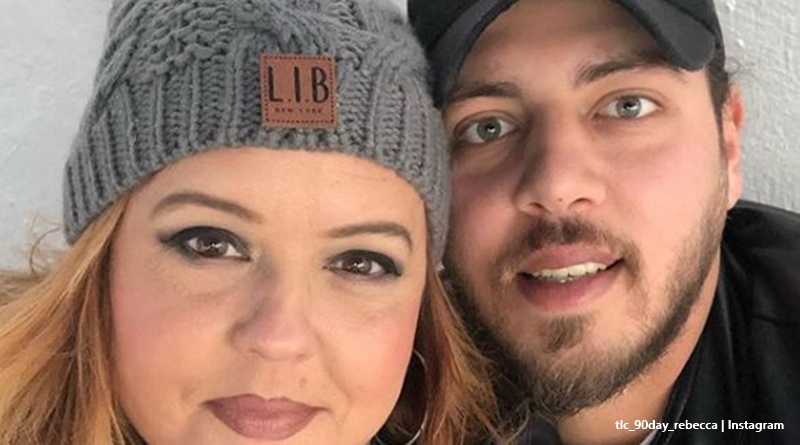 90 Day Fiance fans first met Rebecca Parrot and Zied in Before The 90 Days. She revealed to Zied that her divorce was still in the works. He freaked out and drove off into the desert. However, he forgave her. She later left Tunisia and returned to the USA. In the current spin-off, What Now? Rebecca and Zied navigate the application for his K-1 Visa. Did it work out for them?

During the original scenes with Zied, he actually became quite famous on the TLC franchise. He told Rebecca when she asked about his job, “Work, so maaaach work.” Well, that made it onto memes, tee-shirts, and mugs. Obviously, he needed some sort of career plans for his K-1 Visa and a life with Rebecca in the USA. Those fans who follow Rebecca know he studied as an AC mechanic and Rebecca proudly told her fans he graduated.

Nowadays, she works as a chef in a restaurant. But in the What Now? show, they go back to the progress of his visa application. At the time, Rebecca, back Stateside, announced the happy news that Zied got his visa approved. But, it means that she needs to provide for him financially. Meaww reported that her excitement got tempered with that fact. Moreover, saving costs, she moved in with her daughter Tiffany, and her fiance, Micah. Certainly, such a crowded home seemed a bit of a problem. Some 90 Day Fiance critics thought that there’s no way it would work out.

Did Zied and Rebecca work out?

Note that this section contains spoilers. If you don’t like reading 90 Day Fiance spoilers then stop reading here. Rebecca and Zied tried saying he never yet arrived in the USA. In fact, when he shared greetings for Ramadan, fans asked Zied if he moved to the USA. He said he hoped that by next Ramadan he would be with Rebecca. But, he obviously told a fib for his NDA. After all, fans already heard they married in Georgia. TV Shows Ace reported that the wedding took place in April this year.

We wrote, “None of the stars enjoy speaking out ahead of permissions. After all, it could jeopardize future appearances with the franchise.” It’s not clear yet if the 90 Day Fiance: What Now? show reveals their wedding. Perhaps they show it in a future season in the franchise? The couple both look very happy on their Instagrams, so it certainly seems like it all worked out for them. Are you happy for them? Initially, they looked like an unlikely success, after all.