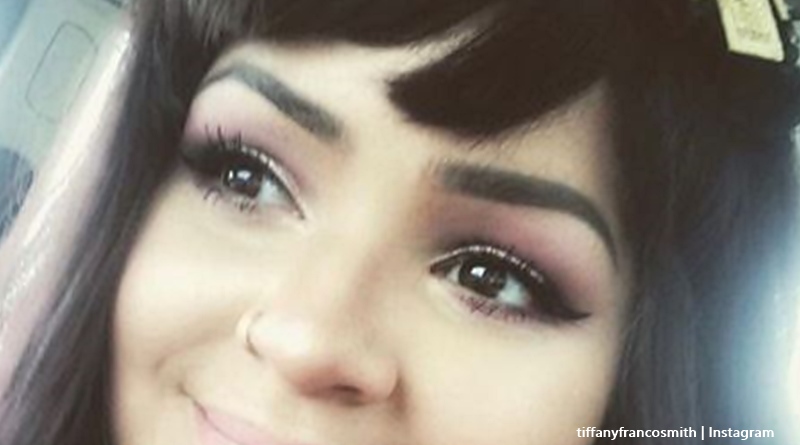 90 Day Fiance: The Other Way fans know that since last year, Tiffany Franco Smith has worked hard on her weight loss. Although very attractive, many people trolled on her during her season on the show and fat-shamed her. Unfortunately, now that she has lost weight, trolls still find something to say. But no matter what they think, Tiffany certainly lost a lot of weight.

90 Day Fiance: The Other Way – Tiffany worked on her weight loss since last year

TV Shows Ace reported that back in January, Tiffany already revealed her fantastic weight loss. She started with it soon after the birth of her daughter. She shared a photo back then that compared her figure in January to five months previously. InTouch Weekly noted though, that she gave away few details as to how she achieved her new figure. But, she told fans on Instagram that she never cheated on her daily regimen. And her biggest motivation for weight loss involves her staying healthy for her children. Mind you she shared on her Stories that she cheated on her birthday.

Slow and steady, Tiffany keeps on updating her journey with her 90 Day Fiance fans. However, as she shares a lot of promos for cleansing and teas, many fans grow irritated with her. One critic accused her last week of not getting a “real job.” Nevertheless, in fairness to Tiffany, “real jobs” seems a bit hard to come by during the coronavirus pandemic. And anyway, as one fan noted, she holds down a  job as “mom.” And, any mom would promo items to help bring in some much-needed cash for the kids.

Tiffany gives update on the amount of weight she lost

InTouch Weekly keeps tabs on Tiffany’s journey and they reported this weekend that she updated on the amount of weight she lost so far. The outlet noted, “[she] revealed she shed 24 pounds “so far” amid her weight loss journey, telling fans about her strides and hurdles along the way on May 22.” It looks like she struggled a bit at the start of quarantine, as she gained six pounds back when it started. Initially, she lost 20 pounds. Now she lost a further 10 pounds. So taking away the weight she put on, she lost 24 pounds altogether.

love being a mama bear of 2, but man even mama bears need some alone time too 🤣 #teamipartner I wanted to talk about something that I've been struggling with for a while and that's just feeling unbalanced and really spread thin. I started looking into what I could do to help my mind sort of shut off at night and I found out about magnesium & calcium supplements! I've started adding 2 tsps of @teamiblend restore into my night time routine and it's seriously made a world difference in helping me wind down 💕 plus it has vitamin c so it's citrusy compared to others I've tried. I know I'm not alone so here's 25% off FRANCO #thankyouteami

While fans clamor for more information on her secrets, she only dishes a little bit of it. 90Day Fiance fans don’t know why she’s so secretive about it all. Potentially though, TLC might cover it in a future show. However, she shared that she maintains a “nutritious meal plan” and uses a detox.

What do you think about Tiffany Franco Smith doing so well with her weight loss? Sound off in the comments below.

Ready To Ride Into The Sunset With Hallmark’s ‘Taking The Reins’?
’Sister Wives’ Fans Feel Inspired By Janelle Brown, And Here’s Why
‘Young And The Restless’ SURPRISE Secrets: Ashland Locke Related To Prominent Family?
Does Lisa Rinna Regret How She Treated Denise Richards?
Was Kim Kardashian Really Under That Mask? Some Don’t Think So