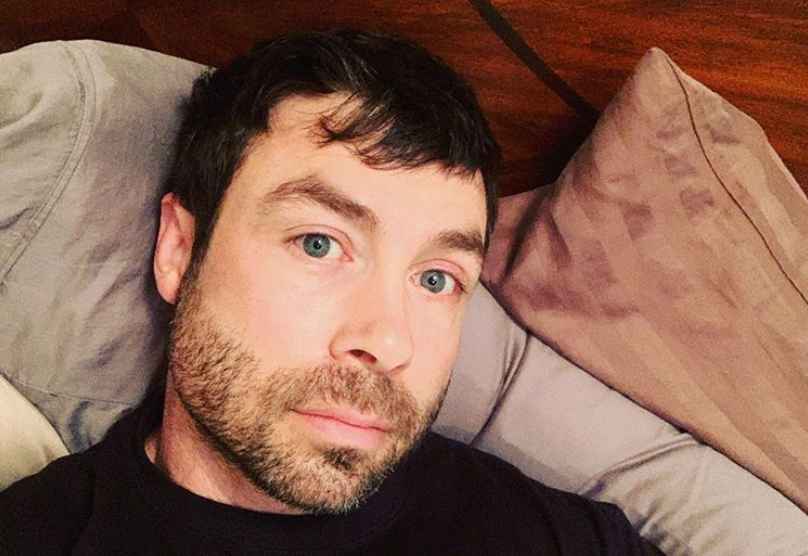 There is a famous saying, “Two’s company, three’s a crowd.” This certainly applies to 90 Day Fiancé: Before the 90 Days star Geoffrey Paschel. There he was with his girlfriend Mary when Varya Malina suddenly appeared at his door.

As noted by In Touch, Varya had felt bad about turning down Geoffrey’s proposal. So, decided to surprise him at his Knoxville, Tennessee home. Guess who was really surprised?

As Varya Malina turned up at the door of Geoffrey Paschel’s home in Knoxville, Tennessee, she knocked at the door. She was no doubt feeling much excitement, waiting for him to open the door. Excitement soon turned to shock as the Russian beauty came face to face with Geoffrey’s female friend turned love interest, Mary.

“It’s embarrassing, I feel like a fool,” Mary said after Varya showed up at Geoffrey's house. #90DayFiancehttps://t.co/Tw9iPd2cOK

On the episode of 90 Day Fiancé: Before the 90 Days of May 24, we see Varya standing at the door, asking Mary who she is. For her part, Mary responds, “Who am I?” before turning to look at Paschel. Mary asks Geoffrey why his former girlfriend is at the door. Geoffrey replies, saying he had no idea Varya was coming.

It turns out Varya had sent several text messages to him, but he hadn’t responded. He probably should have read them, as it would have saved a lot of trouble for them all! Tensions escalate as the two women gradually raise their voices. Fortunately, at that moment Geoffrey’s son, Paxton came into the room to find out what was happening. Things calmed down. And, the TLC reality star introduces his son to Varya.

The fight between Varya and Mary continues

However, after a lull in the drama, the anger surfaced again, with Mary walking out the door with her things. As she walked out, Varya called her a “b**ch.” Geoffrey intervened, telling Varya, Mary doesn’t deserve that kind of treatment. Varya yells out, asking Mary if she left her panties there, as Mary walks back into Geoffrey’s home.

Geoffrey was now torn between the two women in his life. He is shocked that Varya had come all the way to the states, wanting to “reenergize” their relationship. And, then there is poor Mary, who is innocent in it all.

Varya tries to convince Geoffrey she is genuine about them building a future together, but he isn’t sure he can believe her. Despite this, Paschel took Varya to a bar to meet some friends. This didn’t go too well, as all his friends seem to support Mary. To cap it all, Mary then arrives at the bar adding to the drama again.

90 Day Fiancé stars in the confessional

In her confessional, Varya says she couldn’t believe Mary was there. And, yet, doesn’t want to let Geoffrey go. Mary irritates her… She says if she wants a war, “she will get the war.”

In his 90 Day Fiancé confessional, Geoffrey opens up. He says it has been weeks since he returned from Russia. Geoffrey hadn’t spoken to Varya in all that time. He admits he wasn’t ready to see her again. Paschel says he really felt bad.

Geoffrey continued by saying the whole situation was not fair on Mary, as this isn’t her fault. He had told Mary he and Varya were over and done. And, he was sure she had some choice words for the Russian woman.

As for Mary, she says she was “literally shaking” during the ordeal. She really didn’t understand what was going on. Mary tearfully spoke of the drama in a confessional, saying it is so embarrassing. She truly feels like a fool. Mary says she doesn’t like feeling this way and it isn’t fair.

The drama is sure to continue in the next episode of 90 Day Fiancé: Before the 90 Days on TLC Sundays at 8 pm ET/PT.