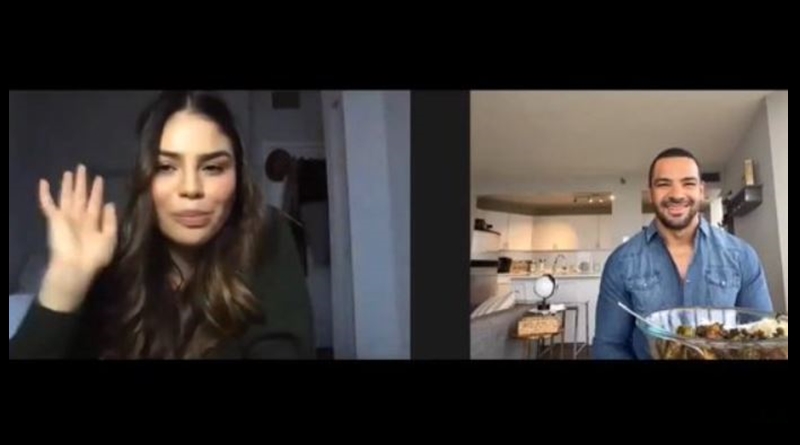 90 Day Fiance: Self Quarantined brings back Fernanda Flores. But, she’s not with Jonathan Rivera. News of their divorce came about six weeks ago. However, they split over a year ago. And, she didn’t hang around and already found a new man. Clay Harbor already starred in ABC’s Bachelor franchise. Fernanda’s return got a poor reception from fans over on Twitter.

TV Shows Ace reported that Fernanda, or rather Johnathan Rivera, seemed very popular during their season on the TLC show. But fans went off her after their marriage broke up. While Fernanda celebrated the divorce as a “win,” Jonathan noted, “I will give everything I can to the next person in my life.”‘ He said they remain friends, but fans didn’t seem so forgiving. The fact that she moved on with Clay Harbor rankles a bit. One issue seems that he also starred in some reality TV shows.

Meaww reminds readers that Clay featured with Becca Kufrin in season 14 of The Bachelorette.  He and Becca never made much headway as he dropped out after an injury. Later, he went on Bachelor in Paradise. Ironically, he got a pro-contract to play with the New Orleans Saints. His injury during the show resulted from a game of football on the show. Now he’s back on a different reality TV show and 90 Day Fiance critics sound less than impressed with either of them.

I want to thank everyone for the love and support! Definitely the hardest decision I’ve ever made but I believe everything happens for a reason. I am working hard to get back on the field and turn this negative into a positive.

Taking things slowly, but fans slap at Fernanda and Clay

With Fernanda and Clay featuring on the spin-off, Self Quarantined, it seems their relationship’s ideal for the remote show. The couple met on social media and date online, mainly via Zoom these days. Fans love to comment on Twitter during the shows. One critic noted, “Fernanda and Clay, 2 reality stars trying to stay relevant, lmao.” Then one rather wry person said, “A thing that I will always appreciate is that Fernanda let Jonathan buy her implants and then divorced him, all before turning 21.”

Quite a few 90 Day Fiance fans wondered why she remained in the United States after such a short marriage. Apparently she lives in Chicago and outside of quarantine does modeling.  Certainly, she lost some fans since her season with Jonathan Rivera. One person commented, “Used to like Fernanda then that changed once they showed her selfish side.” Clay got slammed as well. One person slapped at him, saying, “Yeah why is Clay still single? Oh wait he’s got no personality and is boring AF. Fernanda find someone who’s actually a fun person not a washed up reality star.”

Fernanda from #90dayfiance and Clay from #thebachelorette together??? That's an odd duo. #90DayFianceSelfQuarantined pic.twitter.com/mzkkI2usDT

What do you think about Fernanda Flores dating Clay Harbor? Do you think she really cares for him? Or is this just an opportunistic move by both of them to stay relevant with 90 Day Fiance? Sound off in the comments below.