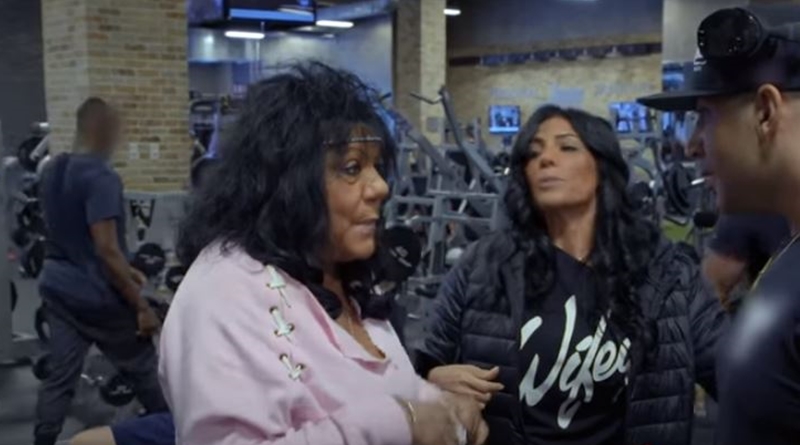 sMothered Season 2 premieres on TLC on Sunday. New moms and daughters join the existing cast for some over-the-top relationships. Cristina Bertolli and Kathy Crispino return to the franchise. The Chicago-based family spends quarantine together, but the production crew pulled out earlier this year. So, Cristina worries now about the quality of the self-filmed footage.

TV Shows Ace reported that interest in the new members of the cast seems rather high. Actually, most comments seem directed towards the mom who still showers with her daughter. Plus, they share time together doing colonic therapy. Lots of fans seemed amazed at newcomers Alena and Marcia as well. Her mom licks her all over to wake her in the mornings. Plus, Alena, an adult, but small with a hormonal problem talks about how she gives her mom lots of “kissy-poohs.”

But the returning couples also promise more overly-close interactions. ET reported via Yahoo that Kathy Crispino and Cristina Bertolli talked about backlash for their unusual closeness. And, they promised a “life-altering’ bombshell that she says affects both her and her mom’s lives in a major way.'” But, it seems that right now, they worry about the quality of the scenes they filmed themselves for sMothered.

Quarantine meant filming some episodes by themselves

Chicago Tribune reported that mom and daughter talked about how the first season brought some benefits. Actually, even Cristina’s husband Carlo got added traffic to his pizza business. And, they noted that they all spent quarantine together. Well, fans won’t be surprised by that. Actually, they live just a few houses down from each other. In season 2, fans see mom Kathy try and persuade Carlo that they should all live with her while renovations get done on their home. It sounds like Kathy got her wish.

That meant that when the coronavirus epidemic started, they already stayed together. Probably, that made it easier to film at home. Notably, like so many other TLC shows, sMothered filming became interrupted by the virus restrictions. After the film crew left, the cast filmed remotely. That really worries Cristina as she noted they live in a noisy neighborhood near the airport. Now, it seems they really appreciate the professionalism of the film crew. They struggled with lighting issues as well. So, naturally they feel a bit “scared’ the quality might spoil their episodes.

But on the upside, Cristina feels their very close bond helped them get through the coronavirus pandemic. Most people relate to that. After all,  everyone suffered some form of disruption to their normal lives. As for the “life-altering’ bombshell,” fans need to tune in and watch the show. No more spoilers yet emerged as to what that might be on the new sMothered season.

Remember to check in with TV Shows Ace often for more news about TLC’s sMothered, Season 2.