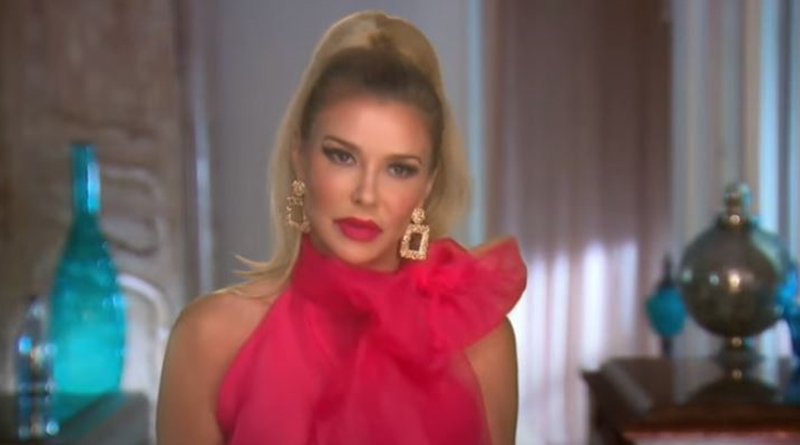 RHOBH alum Brandi Glanville outdid herself soon after news came out she uses bleach to disinfect her kids. While some fans love her quirky ways, some seemed really disgusted with her recent Twitter post. Brandi, never afraid of using shocking words, spoke about quarantine and what she wants. A lot of it seems rather too intimate, critics feel.

On Saturday, Brandi started talking in various posts on Twitter about quarantine. Like everyone, confinement and lack of interaction wear thin. She noted, “I think it might be time to up the anti!!!-depressant that is…I need this quarantine to finish now.” Next, she noted about cooking, “now I have to do it three times a day. clean my kitchen three times a day and also come up with new exciting things to eat. I’m f*cking hate it. I’m done with it “

But the RHOBH alum also spoke about her desires in another tweet. It seemed she joked when she got a bit intimate. But, not everyone enjoys that sort of thing from a mom of two boys. Loads of Real Housewives of Beverly Hills fan love her humor. But, it seems moms don’t get it or appreciate it that much. Brandi noted, “I want a puppy I want a kitten. I want another baby and I want some d*ck.” Some fans laughed about it. But many others took a lot of offense.

Real Housewives of Beverly Hills stars always get haters as well as lovers on social media. But this time, even some of those who like her, expressed their disgust. Mostly, it revolved around the fact her two sons are old enough to read Twitter. One critic wrote, “Do you ever pause for even a moment and think I have two boys that are of age to read these tweets?” Then, another one said, “How in the world do you still have joint custody??? Thank God for @leannrimes these boys have a good Motherly role in their life!”

More RHOBH critics expressed their feelings. One commented, “Omg. What is wrong with you?” Then, one person thought it immature. They noted, “Ohhhh your too old to talk that way. for a minute there I thought I was reading a teenage tweet.” More people commented about the kids. One said, “My sons would be grossed out if I tweeted sh*t like that. I imagine yours are too. Yup u love ya boys I’m sure…but respect them? Not so much.”

I’m sure your boys are so proud to have you as their mom!

Well, Brandi’s well known for odd and quirky. By now, maybe her sons grew used to it. TV Shows Ace reported she even sprays them with bleach when they come home. And US Weekly noted she lets the kids skip classes as she can’t be bothered with homeschooling.

Were you offended by the intimate tweet that Brandi Glanville wrote? Sound off in the comments below.