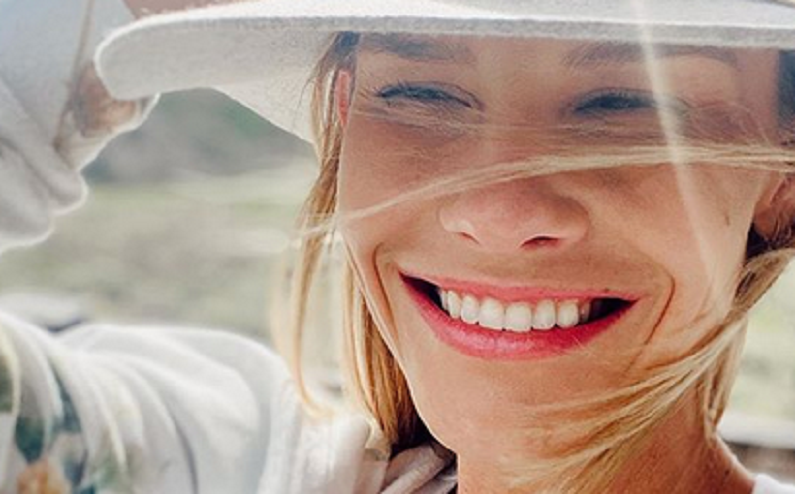 Meghan King Edmonds has been taking the steps to move on from her ex-husband Jim Edmonds. Earlier this month, she went back to using her maiden name. She’s also been staying with her new boyfriend Christian Schauf. TV Shows Ace first revealed the details of the new man in her life.

Meanwhile, Jim Edmonds is spending the holiday weekend with their three children, Aspen, 3, and twin boys Hayes and Heart, 23 months. He’s also staying with his new girlfriend, Kortnie O’Connor. It looks like the former couple is trying to be peaceful co-parents, but it’s been hard on them both. Their divorce has played out in the media.

Meghan King Edmonds is “healing” according to a new report

Per Us Weekly, Meghan King Edmonds is trying to find some peace this holiday weekend. She’s taking this time to explore nature according to her Saturday, May 23 Instagram post.

“I went mountain biking for the first time ever,” Meghan wrote. “Actual real mountain biking. It was crazy it was hard and super-duper scary, but I want to go again.”

The 35-year-old reality blogger shared photos from her journey. She even shared an interesting caption on her Instagram Stories.

“Def wouldn’t have guessed this is what I’d be doing over MDW 2020 but here’s proof I did the mountain thing,” Meghan explained. “(I had an E bike to help so I totally cheated) Y’all…nature is HEALING.”

Meghan is currently in Park City, Utah where her new boyfriend Christian Schauf lives. Us Weekly previously confirmed that the couple started dating after meeting in March. Meanwhile, Meghan’s children are spending the holiday weekend in St. Louis with their biological father, Jim Edmonds, and his girlfriend, Kortnie O’Connor.

He took to his Instagram Stories to share a photo of Aspen smiling in the pool. “We have a fish in our pool already,” the 49-year-old former MLB star wrote. “All ready for the holiday weekend #pooltime.”

Meghan and Jim ended their marriage in October 2019. During their messy divorce, the former reality star revealed that Jim had an affair with his new girlfriend.

Meghan King Edmonds has a sudden interest in the great outdoors thanks to her new boyfriend. The Real Housewives of Orange County alum shared another photo of herself hiking in the mountains. In the caption, she wrote: “MDW plans include: becoming a mountain woman …brb.”

Per Us Weekly, podcast host shared a clip on her Instagram Stories that featured her wearing a red puffy coat with a gray beanie. Meghan sipped a hot drink as she took her dog for a walk while flurries swirled around them. The couple has not become Instagram official. However, Christian did share a photo on his Instagram stories that showed the same scenery.

DON’T CONFUSE ACTIVITY WITH PRODUCTIVITY. I saw a few comments come across last week that the founder of Uncharted was “living the good life and mountain biking and fishing all the time” while people were waiting for their orders. As you can imagine, it was upsetting – we’ve worked around the clock to fulfill everything we can, and sometimes we are waiting for inventory as well…,but this is the world we live in. Everyone is quick to judge, despite not having all the facts… I won’t go deep on how hard I work (or how hard the Uncharted team works for that matter). I won’t bring up the fact that I put my life savings in to Uncharted and didn’t collect a salary for 3 years. How I’ve had my back against the wall over and over and most nights fall asleep at my keyboard. How it’s compromised my ability to have a family of my own or visit my brothers and parents as much as I should. I won’t even bring up the fact that I frequently miss holidays and events. Nobody cares, and truthfully, when you decide to start a business, you’re agreeing to do all of the above. So no pity party here. I asked for it. But… I think it’s worth a conversation on balance. My old friend Joe Heron always said “Don’t confuse activity with productivity.” I know that almost all of my best ideas have come on long runs or bike rides. And turning away from a screen and watching a river flow helps unlock knots in my brain and solves problems. Staying in shape and distressing also keeps sickness at bay, eliminating the need to totally shut down for several days or weeks. In fact, Vitamin D (directly acquired from the sun) is now linked to helping combat COVID symptoms. So I could make the argument that getting outside is more important than ever. Life is hard, but I believe balance makes you calm, happy clear and thus more productive. What do you guys do to help find balance? What tricks have you learned for optimizing your output and building your best life? I’d love to hear them. 📸 @tfletchernordic

Christian and Meghan met at the beginning of March. She’s currently staying with the Life Uncharted podcast host for the time being. Few details are known about Meghan’s new man. All that is known is that he is a social entrepreneur who loves the outdoor lifestyle.

What are your thoughts on Meghan King Edmonds dating Christian Schauf? Sound off below in the comments section.