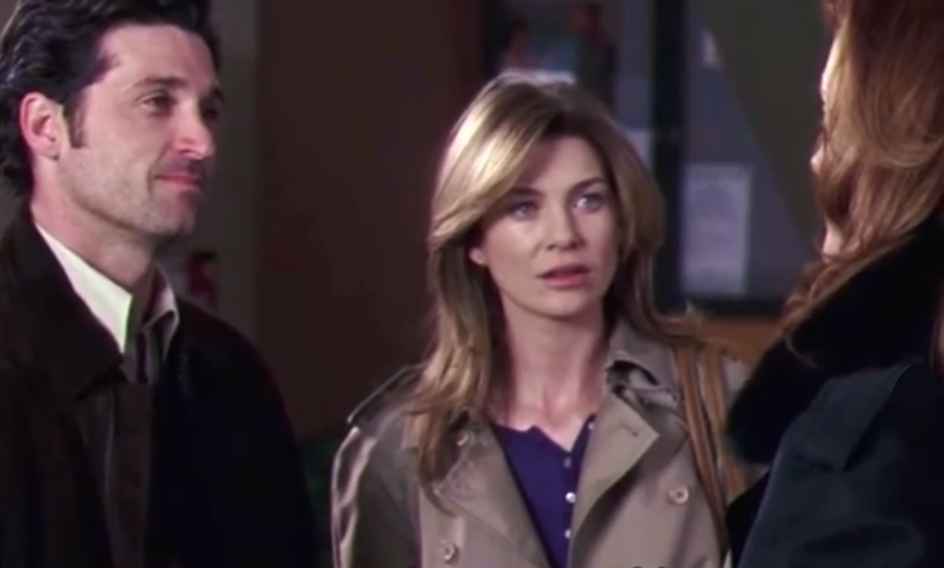 Friday saw a special Grey’s Anatomy anniversary. On that day, 15 years ago, a dramatic scene happened on the ABC medical drama. Kate Walsh played her first scene in Grey’s Anatomy as Dr. Addison Montgomery. In the scene, the former Private Practice star approaches her estranged husband, Derek Shepherd (Patrick Dempsey), as he is chatting up his current love, Meredith Grey (Ellen Pompeo). Kate decided to celebrate the milestone.

As noted by ET, Kate Walsh posted a video clip of the iconic scene to her social media accounts. She captioned the clip, “Unreal that today marks 15 years ago to the day since this little lady walked on to your screen and checked ya for screwing her husband.”

@katewalsh thank god I messed with your hubby!! 😂😂😂 it worked out well for us both!!! Love you so much and THAT scene …when your character showed up …was such a defining moment for this show. From that point on we had them hooked!!! https://t.co/CPsTTctHxW

Ellen Pompeo was quick to respond. She retweets Kate’s post, writing “thank god I messed with your hubby!!” and going on to say how well it worked out for them both. Ellen writes that she loves Kate and that scene so much, adding it was a “defining moment for this show.” Pompeo concludes by saying from that point on, they had them hooked.

While Ellen responded on Twitter, it is Patrick Dempsey who responds to Kate’s Instagram post. He also appreciates the memory and gave her three hand-clapping emojis for the clip.

Fans will remember Kate starring on Grey’s Anatomy between 2005 and 2007. This was prior to her appearance in a spin-off medical series, Private Practice. Walsh did show up as a guest character on Grey’s during some cross-over episodes.

Meanwhile, Patrick Dempsey, or Dr. MacDreamy as he was to fans, regrettably left the series in 2015 after appearing in 11 seasons.

The future of Grey’s Anatomy

Ellen has been there since the beginning and continues in her lead role on the Shonda Rimes show. Grey’s Anatomy continues to be one of the longest-running medical dramas, as it has been renewed for Seasons 16 and 17.

ET interviewed Ellen in 2018 to ask about the future of Grey’s Anatomy and her role in the show. When asked when she would leave the role of Meredith, she says it is something she and Shonda will have to decide together. She noted she has been doing it for a long time and does sometimes get restless.

However, the fans are still so passionate about the show and would hate for her to leave. Pompeo says she thinks the fans will eventually let them know. Maybe if the numbers start to drop and people aren’t watching it like they used to, it might be time to hang up her scrubs.

In the meantime, Grey’s Anatomy fans continue to love the ABC medical drama and would no doubt be upset if she leaves. Losing Dr. Derek Sheppard was bad enough!