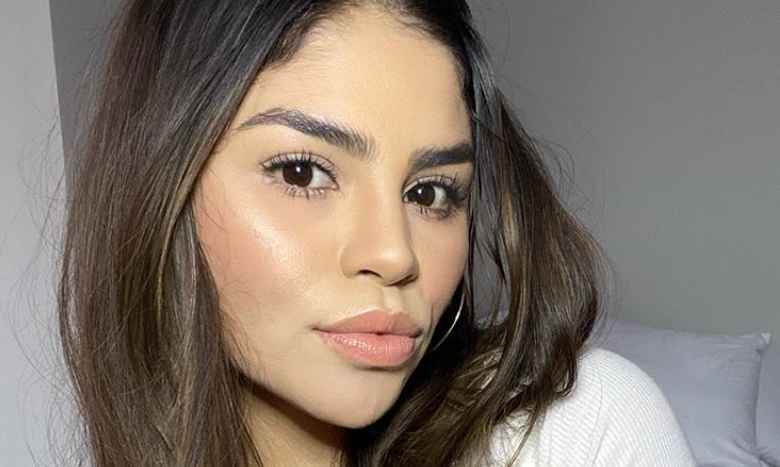 Fernanda Flores of 90 Day Fiancé recently enjoyed a virtual date with The Bachelorette and Bachelor in Paradise star Clay Harbour. They enjoyed dinner and drank wine together and even went salsa dancing. All in the privacy and comfort of their own homes.

Dating has become a little more tricky during the coronavirus pandemic. It’s hard to meet someone face to face these days. This isn’t holding back 90 Day Fiancé star, Fernanda Flores. She has a new man in her life, who she met online. Even better, he is also a reality TV star. Former NFL player and star of The Bachelorette and Bachelor in Paradise – none other than Clay Harbour.

People have released an exclusive teaser for Monday night’s episode of 90 Day Fiancé: Self-Quarantined. In the clip, Fernanda, 21, can be seen prettying up for her big date with Clay Harbour and is a little “nervous.”

While Fernanda curls her long locks, she tells the camera she is having a Zoom date today. She says she is excited but also a little nervous. Flores says she likes Clay a lot. She finds the former football player and reality TV star hot.

Fernanda explains she met Clay some months ago via social media and enjoyed their first date. Presumably this is pre-lockdown times. While she did like him at first, Flores explains it wasn’t really the right time and she was not yet ready to date again. This is no problem, as now she is ready to date Clay. However, things have been complicated by the COVID-19 pandemic.

Fernanda goes on to explain that now they are both stuck at (their own) homes in quarantine. They both figure they can enjoy a virtual date. Many of us have gotten out of practice, doing our hair and makeup and that kind of thing. When you are locked down at home, it really isn’t that important.

This also relates to Fernanda, who burns her hand several times with her curling iron while getting ready for her date with Clay. She admits she has “forgot how to do this.” The 90 Day Fiancé star does, eventually, finish getting ready and she looks radiant. She sits with her dinner and red wine in front of her as she starts her Zoom date.

The camera then reveals Clay, who exclaims, “Oh, there she is!” He tells Fernanda he is looking to their dinner date together. Fernanda and Clay toast each other with wine before tucking into their respective dinners. Later on they even managed to do a little salsa dancing together.

Back in March, Fernanda announced she has finalized her divorce from her husband, Jonathan Rivera, leaving her free again. She lives in Chicago with roommate Vanessa. Fortunately, Clay also lives in that city.

Fernanda posted an image of herself outside a courthouse in Chicago with a big smile on her face. She captioned her Instagram post “Officially single!” and went on to thank her friends, family and followers for their love and support. She says this isn’t a failure, it is a win and she can’t wait to see what God has planned for her next.

Rivera and Flores were fan favorites from Season 6 of 90 Day Fiancé. In January 2019, Rivera confirmed they had decided to divorce. He says on Instagram at the time that every marriage has its problems and issues. While he says he gave 110 percent to his marriage, he comes to a point where he found he has to focus on himself.

Jonathan adds that he and Fernanda will remain friends. He believes you give everything in a relationship, or marriage, that you can. He pledges to give everything he can to the next lady in his life.

Good luck to Fernanda and Clay, as well as Jonathan and whoever enters his future life!

Courtney Waldrop Calls Out The Booger Picker – Who Is It?
Zach & Whitney Bates’ Baby Heads To The NICU – Is He Okay?
Viewers Are Here For ‘Thicc B*tch’ Corey Of ‘Too Large’
‘The Bold And The Beautiful’ Spoilers, June 7-11: Quinn & Shauna In The Hot Seat
‘Zoey’s Extraordinary Playlist’ Canceled: Can It Be Saved?