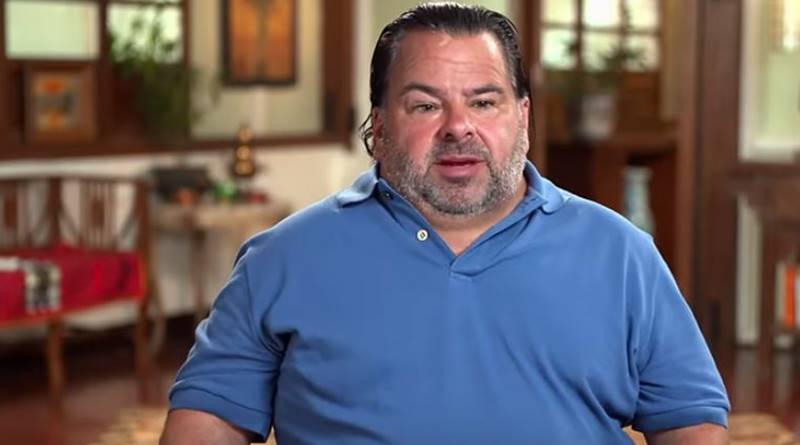 90 Day Fiance fans know that Big Ed gets an enormous amount of trolling and hate on his social media at the moment. Actually, he seldom responds to haters on his own page. However, he took to Twitter on Saturday and gave haters a telling-off. Unfortunately, it followed the death of Netflix star and wrestler, Hana Kimura. She died aged just 22. In fact, Ed dedicated himself to fighting online bullying.

TV Shows Ace reported that Big Ed’s no stranger to online haters. In fact, some of the trolls get very close to libel in their statements on his social media posts. While he seldom responds to it, he went off at his 90 Day Fiance haters when he heard about the death of Hana Kimura. The news that Hana passed away at the age of 22 came from Variety. They reported about the sad death. Popular, Hana featured on Netflix’s reality show Terrace House. Fans mainly knew her as a talented wrestler.

The news came via a statement from Stardom Wrestling. Variety noted that it seems she possibly passed away after suffering a lot of online bullying. Actually, they pointed out that many recent social media posts showed she felt very depressed and sad. Fans agree, and WWE‘s Simone Johnson pointed out on Twitter, “she was bullied to death.” Well, 90 Day Fiance star, Big Ed agrees with those sentiments, and he seems really upset.

she was bullied to death.

if you partook in any of this, don’t you EVER call yourself a wrestling fan.

Taking to Instagram on Saturday, Big Ed spoke out in a video clip. Angrily, said he felt terribly sad about Hana’s death. He pointed out that “she’s no longer with us because of cyber-bullying.” Very upset, he added, “Stop it!” The 90 Day Fiance star repeated that several times. Big Ed also noted, “you’re not funny.” Plus, “you’re not making peoples’ days.” Ed also used the word “ridiculous.” Additionally, he also talked about how people think ” funny” and “cute” describe their actions.

But, the 90 Day Fiance star thinks trolls and cyber-bullies sitting behind their “computer screens” suck. Rightly, Big Ed hates that people do that for a laugh. However, it kills people. Finally, he ended by saying he dedicated the “rest of [his] life” against cyber-bullying. Well, almost unbelievably, people even trolled him on that post. Incredibly, a message about the death of a promising young woman still attracted haters. Certainly, it looks like Ed’s got a big challenge ahead of him.

Is it impossible for Ed from 90 Day Fiance to stop cyber-bullies?

Sadly, one 90 Day Fiance fan noted, “the sad reality.” They added, “no matter what, bullying will never stop, it’s part of human life.” Do you agree it’s impossible to stop trolling and cyber-bullying? Does that mean Big Ed shouldn’t waste his time trying? Sound off in the comments below.

If you or someone you know is in crisis, please call the National Suicide Prevention Lifeline at 1-800-273-TALK (8255) or contact the Crisis Text Line by texting TALK to 741741. Readers outside the U.S., can visit Suicide.org or Befrienders Worldwide for international resources.