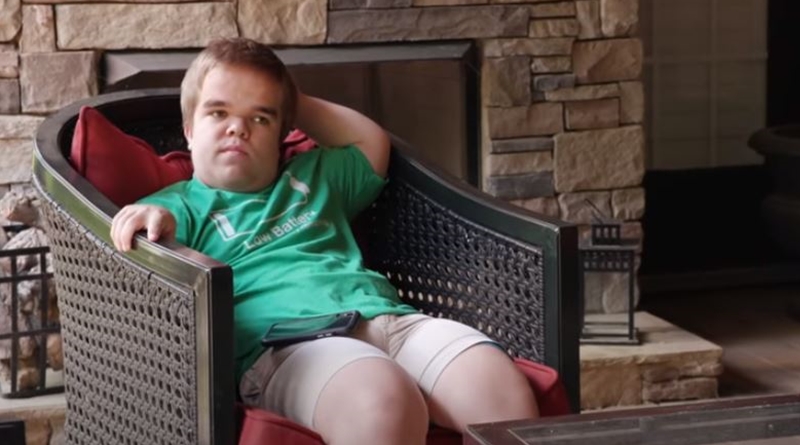 7 Little Johnstons fans know that Jonah struggled with his class grades for at least the last three years. In fact, he failed math last year. In the preview. fans saw Trent telling Johan he’s got a “lazy” mindset. Now, he’s planning his classes for the upcoming college semester and feels confident he’ll manage better than high school. But, Trent’s skeptical as Jonah promised before that he’d work harder.

In the upcoming episode of the TLC show, fans will see Jonah talking to Trent and Amber about college. He plans more classes and it looks like a big workload. But, Trent’s skeptical. TV Shows Ace reported that the main preview for the season, Trent slammed Jonah. “Trent and Amber sat down with Jonah who got lower grades than he hoped during his freshman year. Trent warned him that ‘procrastination and laziness’ now set the tone for the rest of his life,” we wrote.

Meaww released the preview for the next episode and the show revisits Jonah’s education. In it, fans see that Jonah sounds confident. He’s taking on more classes. With the standard 6 classes, in total, he needs to study for 18 grades. His schedule’s rather packed but Jonah sounds unusually confident. Actually, he feels that it can’t be harder than his high school years. Well, Trent remains skeptical and suspicious. After all, the 7 Little Johnstons dad heard it all before.

In the preview, Trent reacts to Jonah’s comments with some skepticism. He noted that while Jonah promises to work much harder, he already said that before and failed. That came previously, about a year back. He especially seemed concerned when Jonah compared college classes to high school. After all, Jonah didn’t seem that interested in studying at high school and college is a rather different story. He enrolled in “Central  Georgia Tech.” And he admits he really needs to take on extra classes.

The 7 Little Johnsons’ dad said to Jonah, “the motivation and the will do good in high school wasn’t there.” When Jonah insisted he changed, Trent said, “beginning of last year, when we registered you for college, we were there to get that done.” But, Jonah feels he’s made the choice. His mom Amber really hopes “that’s the case.” Jonah stated, “really, I will.” From his point of view, “the only thing [they] can do is move forward.” He told both parents that he thought about it for “hours.”

Jonah is ready to take his classes seriously but Trent wants him to have a backup plan. Check out this exclusive clip from the upcoming episode of #7littlejohnstons #7lj

While Trent’s happy that Jonah chooses not to fail, he still remains a bit doubtful about his son’s willpower. The 7 Little Johnstons‘ dad worries about Jonah’s future plans if he still doesn’t do well this time around. What will Jonah do work wise?

Remember to check back with TV Shows Ace often for more news about the cast of TLC’s 7 Little Johnstons.