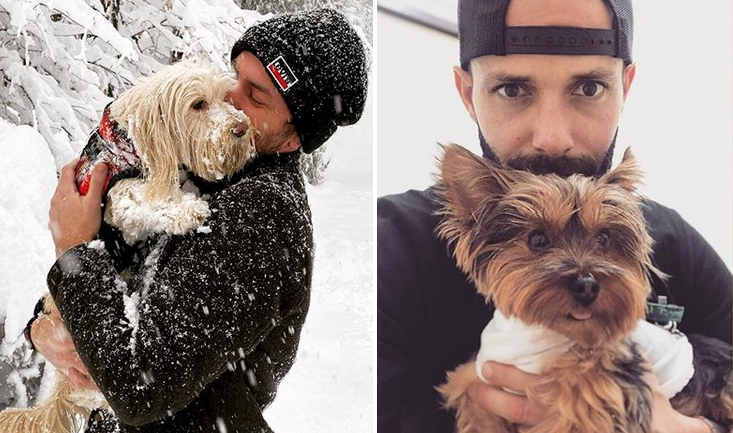 Vanderpump Rules star Beau Clark used to be a fan favorite. But that’s not the case anymore. Fans are comparing him to Kristen Doute’s ex-boyfriend Brian Carter. This comes after the Season 8 finale took a dark turn on Tuesday night.

Prior to the drama, Stassi Schroeder and Beau Clark looked for a new home. On the show, Beau revealed that he couldn’t help with the down payment because he doesn’t make enough money. This led Vanderpump Rules fans to compare him to Carter.

Beau Clark explains why he can’t afford their new home

According to Bravo’s Style & Living, Beau Clark talked about why he couldn’t help with paying for their new $1.7 million home in the Hollywood Hills. While he loves his job, the price of their new home was too expensive for him. On the Tuesday, May 19 episode, Beau revealed that he couldn’t put 35% percent down on their home.

“Stassi will definitely be putting down the down payment,” he explained. “I’ve been in my apartment with rent control for 15 years. She’s a number one bestselling author. I have a great job, but I can definitely not put 25 percent down on a house right now.”

I feel really lucky that I get to watch back the best day of my life tonight. Graveyard, diamond, the love of my life. Couldn’t ask for anything more. Okay, 🤮 I know.

The coupled toured a home that was listed for $2.2 million. Beau said in his confessional: “I have savings, just not that much yet.”

Stassi made it clear that she was looking for an extravagant home. The Next Level Basic author revealed in her confessional that she was looking for one with “Hollywood charm.” She pointed out that she didn’t want to become the “fourth person to buy a modern farmhouse in Valley Village,” referring to the new homes of Jax Taylor and Brittany Cartwright, Tom Sandoval and Ariana Madix, and Tom Schwartz and Katie Maloney-Schwartz.

Fans immediately noticed the similarities between Beau Clark and Brian Carter. On Season 8 of Vanderpump Rules, the Witches of Weho unfolded over Kristen Doute’s on-and-off relationship with Brian Carter. Stassi and Katie didn’t approve of their relationship because they felt that Carter was a mooch.

But fans are seeing similarities between Beau and Carter. Most of them took to Twitter to share their feelings. Here are just some of the comments underneath the #VanderpumpRules hashtag.

The couple made it clear that they wanted an older home. Even though the home came with a hefty price tag, they wanted to make it all their own. According to The Blast, Stassi and Beau, updated their kitchen, built a garage gym, included a library, and replaced the stair railings. They also added outdoor lighting to their outdoor patio and an “Out of the Day” mirror to their “freakin’ zen” master bedroom.

Happy freakin’ 40th birthday to my ❤️ 🐻 . I love spending every moment possible with you, so not gonna lie, this self-quarantine works in my favor, because my dark passenger gets you all to myself today. @thegoodthebadthebogie