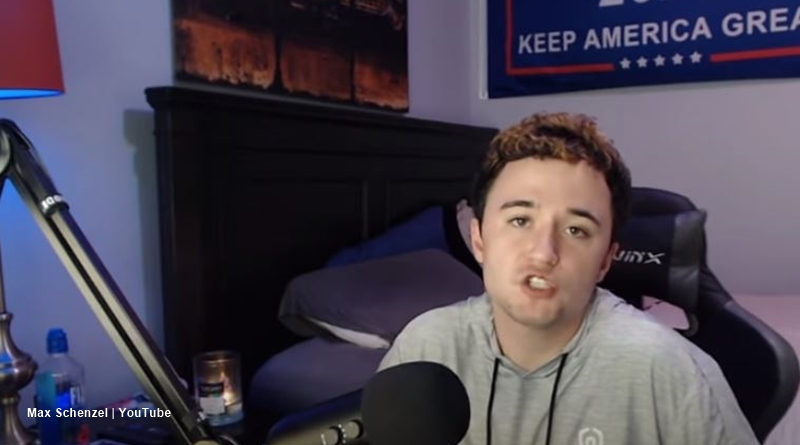 Unexpected fans know that Chloe Mendoza sent Max Schenzel home to his dad. They split, but still hope things work out. Max got into trouble with the law again. But, he seemed rather more upbeat recently and shared a positive message on Instagram. Now, he moved into a sober home and filmed a walk-through for his fans.

TV Shows Ace reported in April, that Max sounded rather positive. After a long silence on Instagram, he popped up again. He shared a picture of himself and a friend and wrote, “Back on the path to success ✔️.” Fans, always supportive, encouraged him, especially as the previous news emerged about him being “no longer protected by probation.” Starcasm wrote about the alleged assault on “a police officer.” It evolved out of the “unlawful use of a vehicle.”

Max falls but gets up again, and fans keep on encouraging the Unexpected dad. He posted on his Instagram yesterday, and fans asked him where he stayed these days. One asked if he moved into a “sober house.” Max replied, saying, “yes I call it the sober Frat house.” Other fans chipped into the conversation as well, as it seems they really care about him, Chloe, and baby Ava.

Quarantine can’t stop me! 💪 God has been blessing left and right lately and I would just like to say IT GETS BETTER to anyone who’s going through a rough time right now.

Max gives a walk-through of his sober home

One person noted in the post, “I’m very proud of you. Keep fighting. I’m glad you are there.” Then, another fan talked about Chloe. They commented, “Hope you’s doing well…and I pray that you and chloe be on good terms with each other. Love your fam and fight for ’em bruh.🙌💯.” On another comment, Max said that he and Chloe hope for a future together in the long run.

But, fans of Unexpected know addiction issues, and manager management take time. Max moved into his dad’s place first. Now, he lives in a sober home. So, for the time being, the young couple doesn’t live together. Chloe seems remarkably patient with her man. However, the place where he stays looks comfortable and safe. He showed his fans the laundry, the bedrooms, and more in an Instagram story which you can see below.

Max also promised that he plans on making another video for YouTube over the weekend. Only one video ever went up. Back in February, Max did a Q&A there. Although the Unexpected dad only gathered less than 300 subscribers so far, it racked up over 15k views. Hopefully, his new video says more about how he ended up in the sober home, and where he and Chloe stand right now.

‘You, Me, And My Ex’: Kayee & Jerry’s Race to Relationship
Sister Wives Star Mykelti Returns To Her Original Roots
Katie Thurston Warns Fans: Keep Your Unsolicited Advice To Yourselves
Jinger Duggar Admits She ‘Struggled’ With Her Family’s Religious Beliefs
Check Out Trailer For Unique Netflix True-Crime Docu ‘Heist’