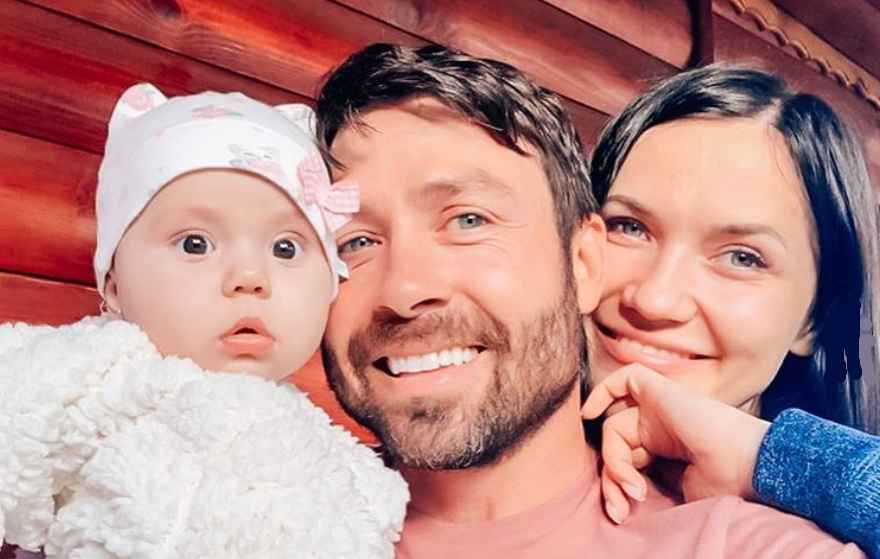 90 Day Fiancé star Geoffrey Paschel has moved on from his Russian girlfriend Varya Malina. Not only that, as when he got home he took up with his former girlfriend, Mary. Now other rumors are doing the rounds besides these two lovely ladies. A fan says Geoffrey married a woman from Tennessee. This was shocking news for fans, and was also news to Geoffrey, as he knew nothing about it!

The star of 90 Day Fiancé: Before the 90 Days was already fielding criticism for leaving Varya in Russia. On top of this, more happened on arrival back home. It turns out it only took a couple of days for Geoffrey to return to his former girlfriend, Mary.

Since then, a fan has commented on Instagram and accuses Geoffrey, 41, of being a “married man.” The fan says he was already married when he headed to Russia to meet Varya, 30. This came up when Instagram followers were sympathizing with Geoffrey over Varya turning down his marriage proposal. Another fan immediately chipped in saying Paschel is the one who is in the wrong.

In a since-deleted comment, the fan wrote that people should feel sorry for Varya, not Geoffrey. They wrote he went to Russia as a “married man.” The keyboard warrior went so far as to say Geoffrey is married to a woman from Tennessee.

As reported by In Touch, this news shocks fans but also surprises Geoffrey himself. He immediately responds, saying this was news to him. Geoffrey went on to assure the person that whatever YouTube video they are watching, he is not married to a woman from Tennessee.

Geoffrey stands up for himself over Varya break

Since returning from Russia, the 90 Day Fiancé star has been fielding Instagram comments. He wants to immediately set the record straight about his relationship with Varya. There was one comment that Geoffrey didn’t put right, however. That was when a fan said he never “truly loved” Varya. This assumption was made because he wouldn’t give the Russian beauty time to think over his proposal. His response to this was to merely shrug it off, saying “to each their own.”

When pushed for a fuller response, Geoffrey points out he didn’t want to wait for her. Neither of their expectations were met.

Many fans were upset over Geoffrey’s impatience with Varya. When she made a surprise visit to him in Knoxville, Tennessee, they were hoping the couple would reunite. However, as could be seen in the May 17 episode, Varya arrived at Geoffrey’s home, only to come face-to-face with Mary.

No doubt more dramatic scenes are in store for fans on the 90 Day Fiancé: Before the 90 Days episode of Sunday, May 24.

Jessica Batten Of ‘Love Is Blind’ Gets Happily Ever After
‘General Hospital’ Spoilers Hint At Major Cast Changes Ahead
‘OutDaughtered:’ Where Are The Busbys? Social Media Absence Explained
‘Welcome To Plathville’ Preview: Max Calls Moriah Out On Her Risqué Clothing
‘Sweet Home Sextuplets’: Courtney Waldrop Shares EXCITING Step With Girls