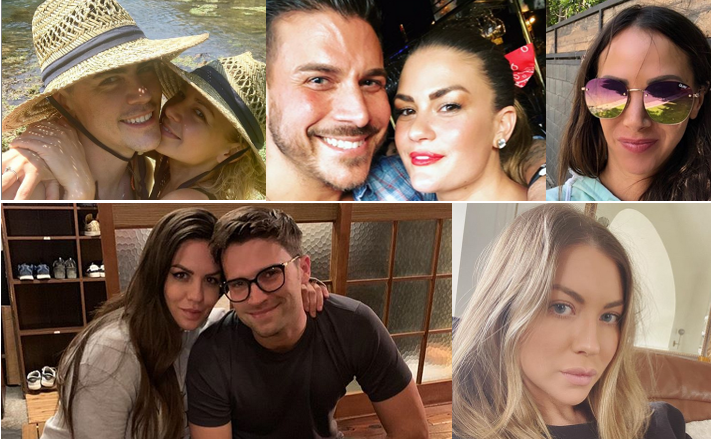 Vanderpump Rules Season 8 Reunion will air on Tuesday, June 2. The crew met via video call to record this special, and Bravo released a sneak peek of the drama to come. In the clip, the VPR stars are already throwing shade at each other. The sneak peek starts out pleasant enough as the cast shows off their fancy outfits. However, their laughter quickly turns to tears. The Season 8 Reunion promises drama and deep emotions.

They bring it all the time…even virtually! The three-part #PumpRules Reunion begins Tuesday, June 2! pic.twitter.com/5mbSNSJFF4

The women of VPR readdress their relationships

Relationship drama always runs rampant among SUR staff members. So, arguments bringing stars to tears during the reunion is not too surprising. One example of a rocky VPR friendship involves Kristen Doute, Stassi Schroeder, and Katie Maloney-Schwartz. These three women have one thing in common: Brian Carter. Thanks to their relationships with Brian… The women experiences many disputes. He cost them their friendship too.

On the VPR Season 8 Reunion, Kristen, Stassi, and Katie exchange insults. “My life is none of your business,” Kristen exclaims at one point.

Unfortunately, things remain tense between the women. Someone also triggers Brittany Cartwright during the reunion. Holding back tears… She exclaims, “This was one of the hardest times I had to go through in my f–ing life.” Fans also see Ariana Madix, Lala Kent, Danica Dow, and Dayna Kathan wiping tears during the Bravo sneak peek.

The guys add to the drama

Tom Schwartz and Tom Sandoval have been in a long-standing rivalry with Jax Taylor. Recently, Jax insulted their bar, TomTom, by saying that it isn’t successful. This enhanced the already rough relationship between them. Jax is also known for trying to get in the middle of romantic relationships. On a past episode of VPR After Show, Tom Sandoval claimed that Jax is always trying to make him look bad.

During the reunion, Tom Sandoval says to Jax, “I’ve never had anybody do more f–ed up things to me in my entire f–ing life.” When Jax fires back, Lisa Vanderpump has had enough. Lisa, the owner of SUR, tells Jax to shut up. By this point, all of the VPR stars grow tired of trash talking. At least eye rolls and heavy sighs suggest this.

The clip concludes when host Andy Cohen asks Max Boyens, “Is there anyone else that you want to fess up to messing around with?” Max responds with, “So, um….” This mysterious response leaves the other VPR stars in shock. James Kennedy is especially surprised. He exclaims, “Oh my god! This is ridiculous!” Fans will find out what Max has to say when the full reunion airs.