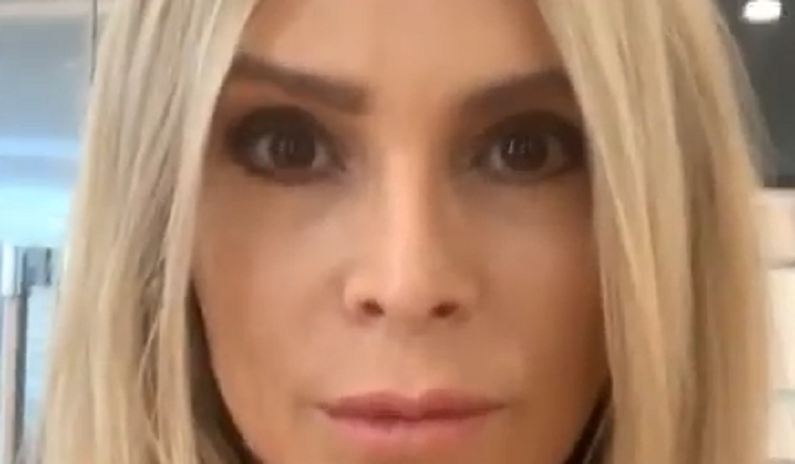 Tamra Judge had some harsh words for The Real Housewives of Orange County. Earlier this year, she announced her shocking exit from the Bravo series. She turned it down after she was reduced to a “limited role.” She previously said that she was offered less money.

Tamra isn’t the only shocked person. There was great shock among Bravo fans over her exit. RHOC producers also expressed their shock. Judge is revealing what happened during her exit from the reality show.

RHOC alum shares her side of the story

Tamra Judge spoke exclusively to Us Weekly on Tuesday, May 19 about her exit from the series. She revealed she knew “for the past couple years” that she needed to take a break. But her decision became more apparent after learning of her ex-husband Simon Barney’s cancer diagnosis. However, her fellow castmates told her not to leave.

“They’re like, ‘Listen. Don’t do that. You don’t know what the future holds. Just don’t make any rash decisions. You’re super emotional.’ So I didn’t say anything,” Judge said.

She remained with the show despite her personal struggles. RHOC producers called Judge and told her that they wanted to demote her to friend of the Housewives. They were as shocked as she was.

“And they’re like, ‘Well, the network has decided to go in a different direction.’ And I’m like, ‘What?! OK, well I thought we start filming in a couple days,'” Judge explained. “And they’re like, ‘Yeah.’ And they even said, ‘We’re shocked. We’re completely shocked at this.'”

That’s when the producer suggested that she should become a friend. Judge turned down the “limited role.” She told them to “F off!” The Bravo celebrity was distraught over the offer. She recalled crying because she was “scared” about her future.

There was one person on Judge’s side. Andy Cohen was supportive of her decision to leave the series behind.

“He said, ‘Listen, just take a year off. Right now, everything’s so heavy. I don’t even think if you were on the show you’d be good TV,'” Judge added. “And he said, ‘Let’s revisit this the following season.'”

Judge is “absolutely” leaving the door open to return. She just wished she had retired the first time around. The fitness trainer would’ve have loved to have left the show on her own terms. While Judge is “bummed” about what happened, she’ll see what happens.

Back in January, Judge announced her exit from RHOC after 12 seasons as a housewife. Nowadays, Judge is focused on her family. She also expanded her Vena CBD products line, which ranges from cooling creams to soaking salts. Judge has also considered getting her real estate license. The former reality star has been keeping busy since her exit.

VENA CBD GIVEAWAY TIME!!! We want to thank you for all your love and support during our last product launch, so we wanted to say thank you! We will pick 5 lucky people to win our new Soaking Salts! Here’s how to enter: ✔️ follow @venacbd ✔️ like and tag a friend in their last post ✔️ sign up for our newsletter (visit www.venacbd.com &  enter your email into our newsletter popup) *if you’re already subscribed, you can skip this part 😉 💫BONUS💫 like and leave a 🛁 on their last 3 photos! Winners will be announced this Sunday, May 24th. Must be 18+ and live in the US to enter. GOOD LUCK!