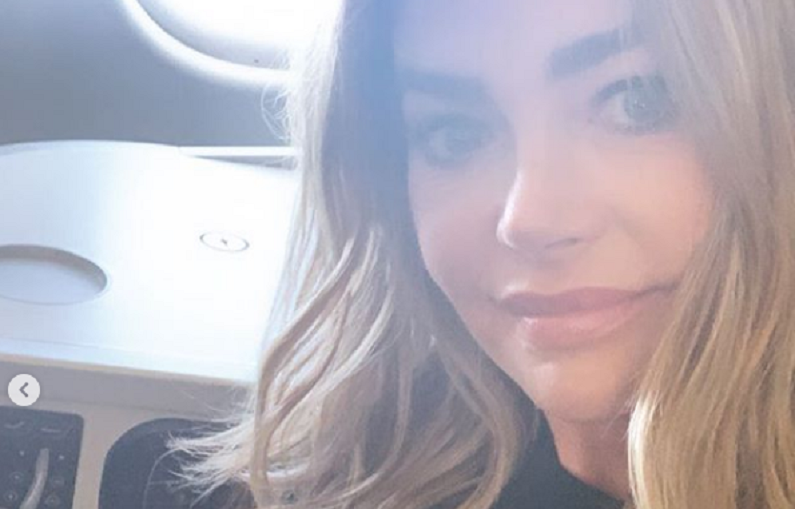 Real Housewives of Beverly Hills star Denise Richards is revealing the details of her marriage to Charlie Sheen. She is also quashing the rumors about their relationship. The reality star claims that it was a “dark” and “toxic” marriage that didn’t look as fun as it did on the surface.

On Wednesday night’s episode, Denise Richards revealed the details behind their divorce. It happened while she was six months pregnant with Lola. She also wanted to quash the rumors that they had a “wild” marriage.

Denise Richards doesn’t mind talking about Charlie Sheen on RHOBH. She revealed even more details behind their marriage on the latest episode, per HollywoodLife.com.

“It was a very dark time and very toxic and I filed for divorce when I was 6 months pregnant with [Lola],” Denise Richards said during her confessional. “I always did what I could to hide Charlie’s behavior. How do you tell your kids what’s really going on?”

Richards also recalled the time that Sheen entered rehab. She had to take over and play the role of both mom and dad. There were moments when Richards had to tell her children that he was away at work and he loves them very much. It was very hard on her.

Wild Things star clears up rumors about her “wild” marriage

Richards also quashed the rumors that she and Sheen had a “wild” marriage. She was apparently sick of the rumors that still haunt them to this day. Richards insists that they had a normal marriage because Sheen was sober at the time.

“A lot of people have an impression of me being wild and crazy, but Charlie was sober when we got married so we were not this swinging couple like people might assume,” Denise Richards clarfied. “We weren’t.”

This isn’t the first time that Richards had to address affair rumors. She continues to claim that her marriage with current husband Aaron Phypers is monogamous. Earlier this year, rumors swirled that Richards was having an affair with RHOBH alum Brandi Glanville.

Denise and Charlie are successful with co-parenting

Despite their past, the exes have a great co-parenting relationship. The Bold and the Beautiful actress even invited Sheen to attend her 2018 wedding.

“No matter what’s gone down with Charlie and I, I invite Charlie to anything having to do with the kids and I,” she said in a previous RHOBH episode about her Malibu wedding. “Even if he did bring a prostitute as his date, I wouldn’t care. It’s just, it is what it is.”

Sheen and Richards first met on the set of Good Advice. However, the pair didn’t start dating until she appeared as a guest star on his show Spin City in 2001. The couple got engaged in December of that year and married in June 2002.

Richards gave birth to their daughter Sam, now 16. But unfortunately, the couple split after Sheen’s relapse. During that time, Richards was six months pregnant with their daughter Lola, now 14. In addition to Sam and Lola, Richards is also a mom to Eloise Joni, who she adopted in 2011.

Check back with TV Shows Ace for the latest news on Denise Richards.

‘Teen Mom 2’: Chelsea Houska Has A New Look And Fans Are Not Happy
’90 Day Fiance’ Syngin Colchester Suffers Huge Loss Of Beloved Family Member
Dr. Now Shares A Key Factor In Reversing Obesity: What Is It?
Are Joe & Kendra Duggar At Odds With Jim Bob Because of Josh?
‘Manifest’ Season 4: Canceled Or Renewed?