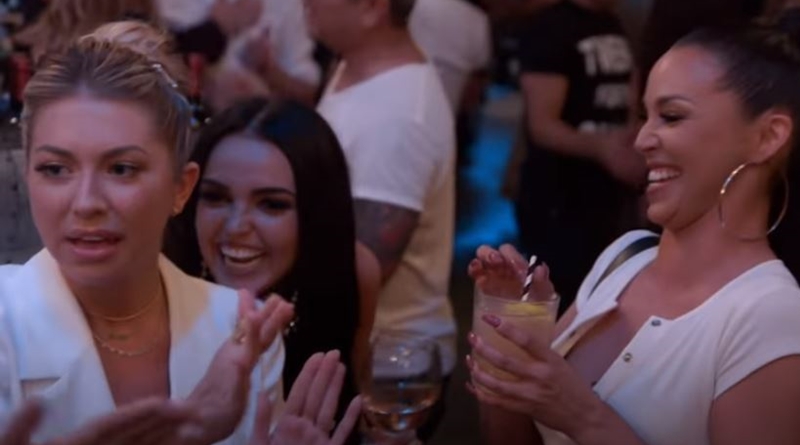 VPR fans look forward to all the Reunions at the end of each season. Always filled with loads of drama, they’re probably more popular than the season itself. For a while, with the coronavirus, fans feared no Reunion for season 8 of Vanderpump Rules. But luckily, it goes ahead. Notably, it’s huge with 19 cast members participating remotely. The massive endeavor took many hours of filming, the cast noted. Fans expect it plays out over three separate episodes.

TV Shows Ace reported that plenty of the cast already talked about the Reunion. Watch What Happens Live with Andy Cohen covered what some of them said about it. James Kennedy, who fans saw last year take a hammering, felt it’s one of the “best” yet, despite the virtual gathering. Meanwhile, Tom Sandoval agreed that the production team carried out a “great job” putting it all together. He added, “they brought over these TVs, everything was completely connected.”

Refinery 29 noted that other cast members already shared about the Reunion on their Instagrams. Mostly, they showed themselves in the clothing they chose for the occasion. Notably, Stassi already talked about the VPR Reunion on her podcast. She hated it, noting that the long “14-hour” days annoy her. It upsets her that the Vanderump Rules cast waste time just rehashing” s—.” With 19 cast members, she probably found it all rather grueling.

Season 8 Reunion Look! We may have been socially distant but it was still 🔥🔥🔥! Tap for outfit details.

Three episodes from June 2 to June 16

Refinery 29 reminds readers that as normal, the Reunion follows the “Secrets Revealed episode.” Fans see that on May 26 as the main show already wrapped on May 19. Broken into three parts, fans can tune in on June 2, June 9, and June 16. This year, fisticuffs and physical threats like fans saw on the Reunion last year, won’t happen. Actually, the virtual show gave Andy Cohen much more control over it all.

People in VPR who rage and rant over each other easily become muted. No dramatic exits happen. If the cast feels frustrated, all they need do it turn off their laptops. Yet, despite those limitations for expressing frustration, the cast mostly agrees it all went very well. Potentially, fans get answers to many things.

Zoom Reunion calls for DIY hair and makeup! SOS @saltspellbeauty thank you for creating a step by step tutorial for my reunion look ✨ Would you tune into an IG live with special guest @saltspellbeauty to achieve this eye?

No doubt, Danica Dow stirs up some trouble. In fact, she seemed particularly skillful at that during season 8. Jax behaved badly and threw his toys out the cot this season. Possibly, he and Tom Sandoval go at each other about that. Probably, they revisit Tom Schartz who verbally abused Katie Maloney as well.

Jax Taylor mentioned that he felt disappointed with the editing this season. Hopefully, the Reunion won’t be as dull as he felt the season was. He hoped for more fun things, rather than petty arguments.

‘Pretty Smart’ Netflix Release Date & What To Expect
Does Lisa Rinna Blindly Support Erika Jayne?
‘RHOBH’: Andy Cohen Learns Major Revelation About Kathy Hilton During Season 11 Reunion
Kanye West Wasn’t As Committed To Kim Kardashian As She Is To Him
‘Love After Lockup’ SHOCKING Spoilers: Are Stan And Lisa Still Together?