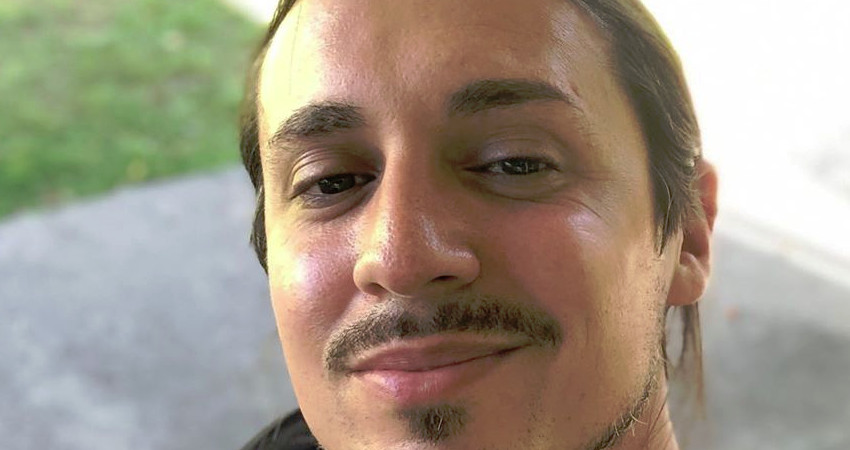 Vanderpump Rules star Peter Madrigal is the latest to speak out about the editing scandal that rocked the reality tv genre. As you’ve likely read, an editor with the Bravo show admitted to the shady editing of VPR’s Scheana Shay.

The editor no longer works for Bravo. Stassi Schroeder recently called the situation “wild,” but chose not to elaborate further.

Peter, on the other hand, had a lot to say about both the editing scandal and his co-stars’ racist tweets scandal.

If you’re a casual Vanderpump Rules fan, you may not recognize Peter by name. He’s the manager at SUR. While he is close friends with the cast, Peter is not on the show often, especially in the last few seasons.

Since SUR is not open due to the shutdown in California, Peter hosts bartending tutorials on his Instagram page.

Peter is a huge fan favorite but, he’s not a full-time VPR star. However, this editing scandal may give us a few clues why not.

The SUR staple opened up on the Hot Takes & Deep Dives podcast earlier this week. During the chat, Peter revealed his initial thoughts about the editing scandal. He said it is “ridiculous” of an editor to expect to be friends with the cast.

An outraged Peter asked, “Who the hell do you think you are?” of Bri Dellinger, the editor in question.

While the podcast Bri spoke on is no longer available on streaming platforms, many people heard it earlier this week.

Inquisitr reports that the editor spoke openly about Peter several times. She went so far as to say she had the “power” to put him in episodes. Given Peter’s lack of air-time, he can’t help but wonder if he was punished for not befriending her, too.

As a result, Peter thinks Bri should be an outcast in the entertainment industry. He says,

“She shouldn’t be hired ever again. She should be ostracized from the business.”

Peter further states that her behavior was “unprofessional.”

How Long Did Stassi and Peter Date?

Way back in Season 1 of Vanderpump Rules, fans were shocked to find out that the SUR manager once dated Stassi Schroeder. At the time of the revelation, Stassi was going through a brutal break-up with Jax Taylor.

According to Peter, the former couple only dated for “four or five months.” Their relationship ended before the show started on Bravo back in 2013.

While admitting that he was too “immature” to date her, he blames their break-up on Stassi being “crazy.”

Peter Weighs in on VPR Newbies and Their Racist Tweets

Like the rest of his VPR OGs, Peter doesn’t seem to like the newbies too much. He addressed the racist tweets VPR newbies Max and Brett posted before they joined the show.

Peter seems more forgiving of Brett, blaming his tweets on his “culture.” Max, on the other hand, was “more malicious” in his tweets.

Bravo has yet to announce if Brett and Max will return for a Season 9, assuming the show returns. Fans are questioning if the show should return for another season or be revamped with a new cast.