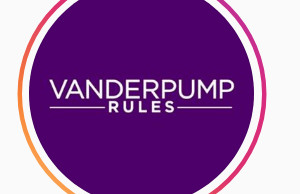 Fans suspect Vanderpump Rules may be cancelled by Bravo.

Vanderpump Rules Season 8 has finally come to an end, barring the three-part reunion airing next month. The season hobbled along until all heck broke loose on the season finale. Just when fans were starting to lose hope, Lisa Vanderpump swoops in and tears into Jax Taylor for his behavior.

But even that is old, fans say. How many times has Jax messed up? How many times has Lisa and the rest of the cast chalked it up to “Jax being Jax?” Many fans had their fill of Jax (and Brittany Cartwright) after their 2019 wedding. The wedding the series stretched over several episodes.

VPR star Kristen Doute’s season finale promo post may have been misconstrued by fans as a series finale. However, other fans on social media think the show has run its course.

Several of the VPR stars, including Lisa Vanderpump, promote the upcoming episodes on their social media accounts. VPR’s Kristen Doute did so on Instagram by quoting the Grateful Dead. She posted a side-by-side video of Lisa from the Season 1 opening credits compared to Season 8.

Kristen captioned the post, “What a long, strange trip it’s been.” Fans suspect the show is ending thanks to the caption and photo.

in the words of the Grateful Dead what a long, strange trip it’s been…! #pumprules SEASON finale TONIGHT 🥂

They replied in the comments asking for clarification. One fan tagged her and asked “just season finale, right?” Another fan chimed in with, “are you implying this is a SERIES finale???”

Enough people asked that Kristen had to come back and ease their concerns. Inquisitr reports that Kristen finally commented, “Just the season finale!!”

Overall, viewers are not a fan of Season 8 of Vanderpump Rules. In addition to the overabundance of Jax and Brittany, viewers have not taken to the newbies.

VPR added several new faces ahead of Season 8. Fans have struggled to accept Max Boyens and Brett Caprioni after their past racist tweets came to light early in the season. However, it was too late for Bravo to edit them out of the Season 8 footage.

As a result, fans watched as fellow newcomer Dayna Kathan ping-ponged back and forth between Max and Brett.

The other new SURvers, Danica Dow and Charli Burnett, were never really on-screen enough for viewers to care about them.

An overstuffed, mishmash cast of newbies and OGs confused a lot of fans. The newbies rarely ever interacted with the older cast. In fact, Kristen Doute suggested the show be split in two, Inquisitr writes.

But some fans are ready for Vanderpump Rules to be cancelled

Vulture wrote a piece after the season finale suggesting several spin-off ideas. One idea includes scrapping Max and Brett entirely and letting the new girls get their chance in the spotlight.

Fans on Twitter agree that the show needs some kind of shake-up before Season 9. Bravo has yet to announce if the show will return. But, given that both Lala and Stassi are planning weddings this year… The chances of renewal are high. (Stassi did recently reveal that her wedding likely won’t happen after all, due to the coronavirus pandemic.)

One fan suggested cancelling the show and replacing it with a show starring the two Toms and James Kennedy.

I’m struggling to make it through the last episode of #PumpRules & I realized why it’s so hard: I hate all these people & don’t give a heck about any of them anymore. PLEASE cancel this sh*tshow & start something w/ the Toms, the new girls, James & @TomTom (& The Garden). PLEASE!

Another fan pointed out that the Season 8 finale would double perfectly as an end to the series. They write that it “completes the arc” of the SUR friendships.

This season of #PumpRules was mostly terrible…however, and I say this as an enormous fan who has watched this fever dream of a show week to week since season two, that finale was INCREDIBLE and *should* be the show’s series finale. It’s the perfect ending and completes the arc.

During the Season 8 finale, Tom Sandoval and Jax Taylor ended their 20-year friendship. In addition, Katie Maloney and Stassi Schroeder ended their friendship with Kristen Doute.

Fans wonder where the show can go from here. Most of the older VPR cast is paired off and eager to start families.

The VPR Season 8 virtual reunion starts on June 2 on Bravo. Check back with TV Shows Ace for updates on a potential Season 9

So, should Vanderpump Rules be cancelled? Share your thoughts in the comments.