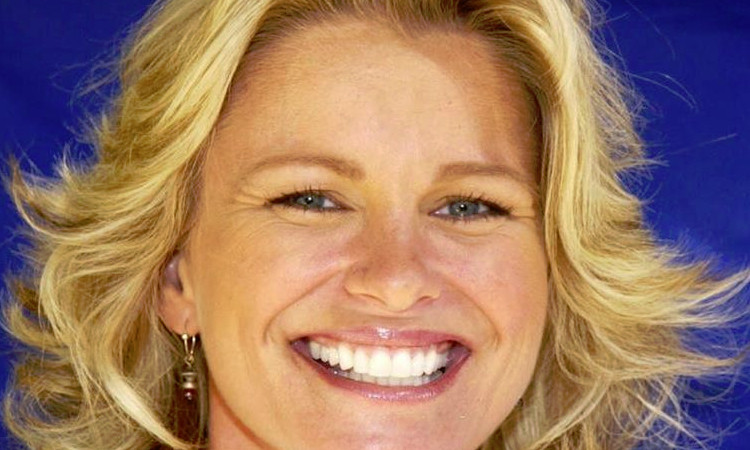 The soap opera world is having an up-and-down week. First, the bad news: Days of Our Lives actress Judi Evans is in the hospital after a horseback riding incident. Fans send an outpouring of love and well wishes for the long-time soap star.

The Bold & The Beautiful fared better this week with news of their renewal. Soaps in general got a big boost with an ABC special The Story of Soaps.

Sources report that Days of Our Lives actress Judi Evans was seriously injured over the weekend. According to her rep, she was horseback riding when the horse was suddenly spooked.

The actress suffered from a broken collar bone, broken ribs and two chipped vertebrae in her back. In addition to a collapsed lung.

As fans know, Judi’s DOOL character, Adrienne, was supposedly killed when the show took a one-year time jump in November. However, Wally Kurt (Justin) let it slip shortly after that Judi will be returning to the show later this year.

Will she return as Adrienne or look-a-like Bonnie?

Hopefully the iconic daytime actress will make a speedy recovery.

The coronavirus pandemic is a horrible occurrence in every way possible except one: a daytime soap rating boom. Since most of the country is at home, soap ratings are through the roof.

The Bold & The Beautiful is the most-watched soap in the world. The show recently celebrated its 33rd year on the air. CBS announced this week that the daytime drama will be around for at least Season 34 and 35 after being renewed through 2022.

The show’s CBS sister soap, The Young & The Restless was renewed until 2024 earlier this year. NBC’s DOOL’s renewal extends through Season 56. ABC has yet to officially renew General Hospital for 2021, but the odds of its renewal are good.

Next Week On B&B: ‘Celebrity Week’ Starting May 25

Soaps B&B, Y&R and GH are still digging into their archives for classic episodes to air in place of new episodes. DOOL is the only one of the four remaining soaps to have new episodes due to the coronavirus pandemic shutting down television production.

TV Shows Ace reports that B&B hopes to resume production next month. In the meantime, the soap reveals the theme for next week’s classic episodes.

This week the soap paid tribute to the iconic character Brooke Logan, played by Katherine Kelly Lang since the show’s first episode. Next week B&B turns its attention to famous celebrity guest stars through the years.

According to B&B’s social media the celeb week includes:

#BoldandBeautiful is seeing stars next week! 🤩 Check out who you'll see on B&B's "Celebrity Week" starting this Monday. ⭐️

CBS also announced this week that the Daytime Emmys are coming back to television for the first time in five years. The show will be filmed virtually and air on CBS on Friday, June 26, 2020. You can find the complete list of nominees here.

Tell us in the comments your choices for winners.