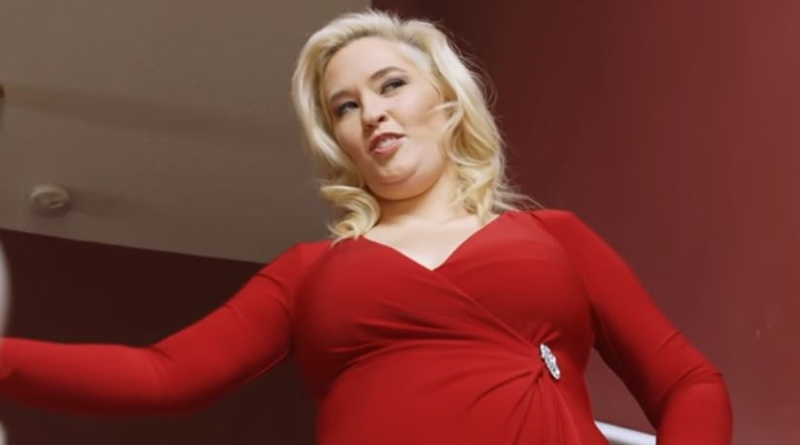 Mama June seems fully committed to getting her life back. Recently, she earned kudos for exercising and working on her health. While it’s not clear she’s officially in rehab, she certainly seems on a new mission. Now, she shared that she and her friend Adam Barta spent time on the beach doing yoga.

Mama June hits the beach in Florida for yoga

Fans see that June puts her kids through hell on Mama June: Family Crisis. But, the filming took place ages ago. In real life, Mama June seems determined to pull her life back together. In the season, fans see that her sister Doe Doe hunts her down, determined to get her back to her family, and into rehab. Obviously, nobody knows yet, how that all pans out. Plus, they see June and Geno at the court. This year, the WEtv season comes with advice to people who suffer the fall-out of addictions.

While the Mama June: Family Crisis show focuses on how addiction can destroy people, in real life, June seems fully engaged in working on herself. Ages back, fans begged her friend Adam Barta to help her. And, it looks like he too works towards the restoration of June.

While some people still troll on her, the majority of her follows encourage her in her endeavors. After all, hate and trolling would only make it even harder to turn her life around. TV Shows Ace reported that June gets lots of praise and positive affirmation for her efforts. She also fixed those broken teeth, and now, she’s doing yoga in Florida.

Taking to her Instagram on Wednesday, June Shannon posted a photo of her. Staying well away from Adam Barta, about six feet, they stood on the beach in a yoga position. June just captioned the photo with, “Namaste.” Adam Barta replied and noted how “peaceful” it was on the beach. Naturally, many fans responded positivity, except for the few haters told them to wear their masks on the almost deserted beach.

One Mama June follower commented, “thank you for taking good care of our lovely June. I am so happy.” Another fan wrote, “Remember it[s] not how far you fall but how high you bounce back!! You got this! You are loved!! God bless!!”

As restrictions start lifting, June seems a bit more positive as well. People reported that the next thing she hopes to fix is her relationship with her daughters, Pumpkin and Alana. A source told them that Mama June “really wants to get it together, most importantly for her girls.”‘

What do you think about Mama June exercising and now taking her wellness mission to a new level with yoga? Sound off in the comments below.

‘Double Shot At Love’ Season 3: Release Date & Spoilers
Kylie Jenner Showed Up NAKED To NYFW, But Is A No-Show At Met Gala
Jacob Roloff Shares SAD News On Isabel’s Pregnancy & The Baby
‘Save My Skin’ Season 3: TLC Release Date, What We Know So Far
Wait, Is Pregnant Isabel Roloff Living With Her Mother-In-Law, Amy?!