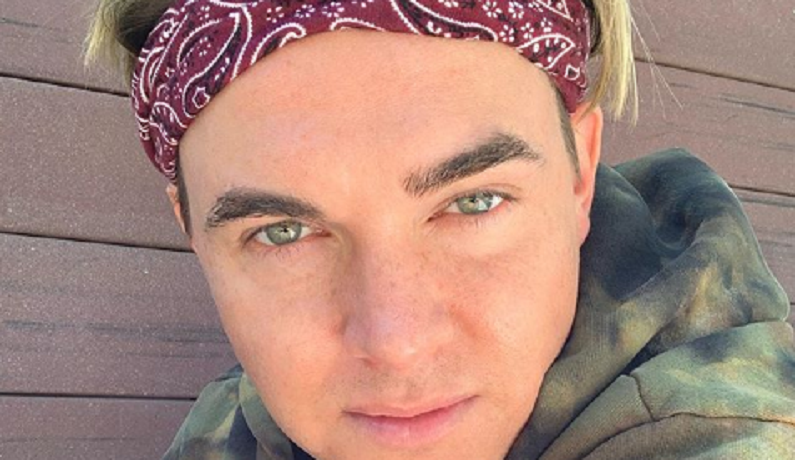 Jesse McCartney was unmasked as the Turtle on the season finale of The Masked Singer. The runner-up talks about the most “heartbreaking” moments of his career. And, the real reason why he competed.

The Turtle took second place during Wednesday night’s The Masked Singer Season 3 finale. It turns out it was the Beautiful Soul singer under the spiked mohawk mask. Pop star Jesse McCartney is best known for his work with Dream Street and Summerland. McCartney wanted to compete on the show because he wanted a new way to connect with his friends in 2020. The Season 1 winner inspired him.

The Masked Singer runner-up reveals why he competed

In an exclusive interview with People, Jesse McCartney shared the real reason why he competed on The Masked Singer.

“I’m not sure a lot of people know what I am capable of,” he told the outlet.

Maybe they’ll listen to some of my earlier music and that’s kind of where it ended for them. So, this was an opportunity for me to pick back up.”

McCartney heard about the singing competition through his friend, previous collaborator, and Season 1 winner T-Pain. At first, McCartney admits he thought the show was “bizarre.” But, he gave it a second thought. And, he decided to try it out. McCartney realized that T-Pain wanted to prove himself as a vocalist. When he saw what his friend could do… He knew this was a platform he could use to show off his own vocal chops.

McCartney’s clue package referenced to the “almost moments” in his life. During his interview, he addressed the “heartbreaking” moments of his career. One of those moments was when he was almost booked one of the lead roles in M. Night Shyamalan’s new movie, The Last Airbender. He also filmed a Steven Spielberg series that never got picked up.

The panelists on The Masked Singer weren’t the only ones stumped by some of the clues the Turtle gave this season. McCartney told Entertainment Weekly that he had to search social media to uncover his own identity. Not realizing what some clues were about… He was embarrassed.

When it came to the judges finally guessing his identity, McCartney’s first instinct was to freeze. But, he decided to do a normal reaction. His reaction was to give the “surf’s up” sign. McCartney tried to play it cool, but he was “freaking out” on the inside.

Jesse McCartney is trying to give everyone summer vibes during this time of social distancing. He dropped his new single on Wednesday, May 20 via a colorful lyric video.

Friends is a relatable song since it’s about those group of people who become family. It’s the same people you pick up right where you left off when you get back together, per Celeb Mix.

It’s also the perfect song for graduation season. McCartney teased that a music video will come out in the following weeks ahead.

He first teased the songs in a tribute to his group of friends on Instagram. He then announced the song on Instagram Live, where he asked fans to figure out the title of the song.

Friends comes one month after McCartney released Yours, which is a romantic pop song. Yours is also the lead single off his upcoming album.

Do you feel that Jesse McCartney should have won The Masked Singer? Sound off below in the comments section.