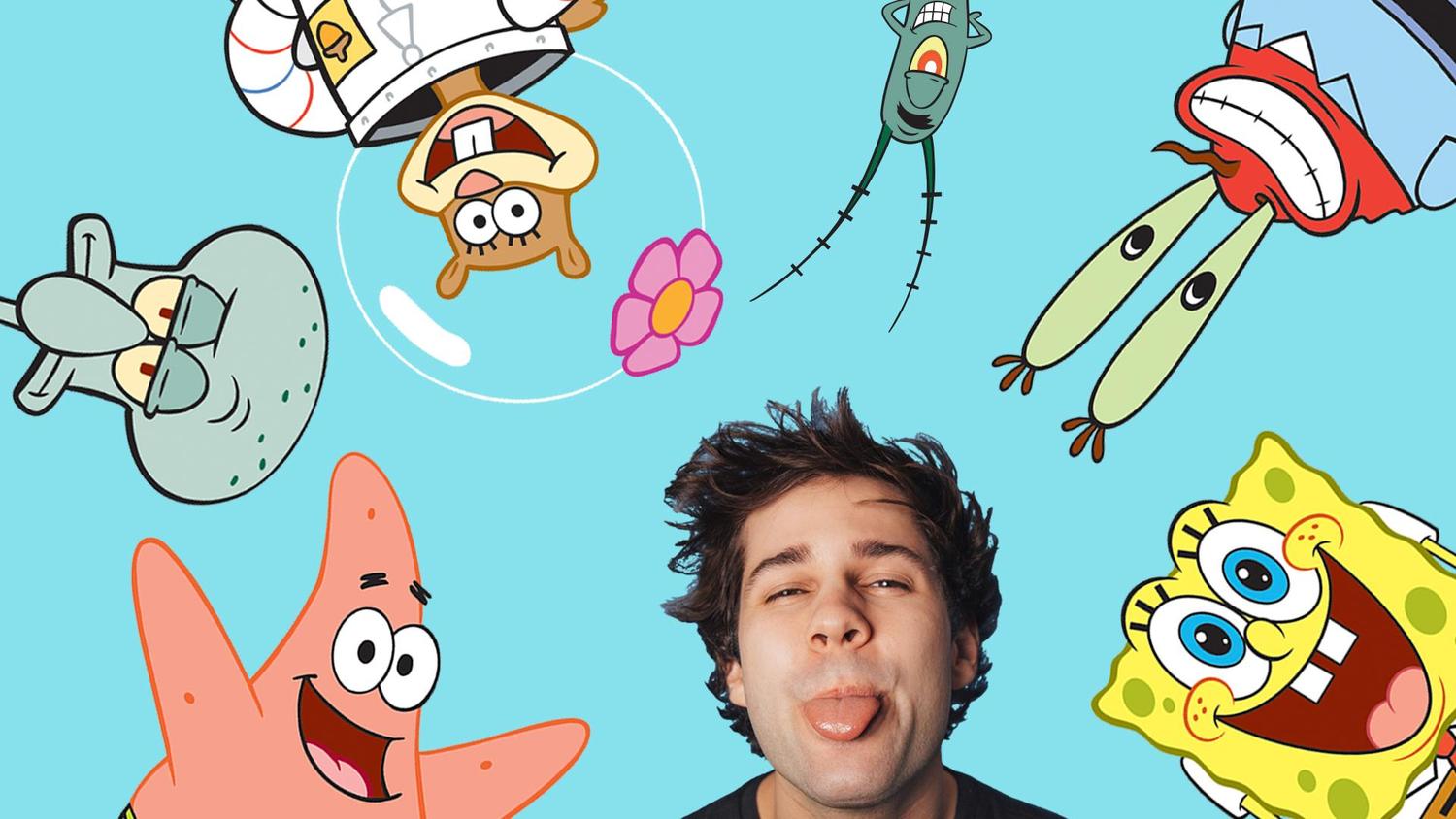 YouTube star David Dobrik is heading to Bikini Bottom to bring back the stars of SpongeBob SquarePants in a fun special event on Nickelodeon.

SpongeBob SquarePants home of Nickelodeon brings The Stars of SpongeBob Fan Favorites to the smallscreen. It will wash up on shore Friday, June 5 to kick off summertime programming.

Pop culture star David Dobrik will host a virtual table read bringing back all the voices behind the popular SpongeBob SquarePants characters.

Who is David Dobrik?

A Slovakian born YouTube star now from Chicago. David has millions of subscribers to his self-titled channel.  In 2019, he began judging on Nickelodeon’s America’s Most Musical Family.

He has the Vlog Squad, a group of other former famous Viners, a defunct video app.  In 2017 he won Breakout Creator at the Streamy Awards.

David hails from Kosice, Slovakia and moved to Chicago, Illinois as a child.

What happens on SpongeBob’s Special?

Dobrik steers the fun as the nautical nonsense of SpongeBob SquarePants is brought back to life. He will host the voice cast as they recreate the most memorable moments and lines from the show.

Dobrik will lead the cast through a “lightning round of the best one-liners and iconic quotes” as he later joins them for a brand-new rendition of the “F.U.N. Song.”

“I signed onto this project for the obvious reason that SpongeBob is one of the best shows of all time,” says Dobrik in a press release from Nick. “I feel that I owe a lot to SpongeBob and all Bikini Bottom for helping me figure out what I thought was funny and entertaining. The show shaped so much of my childhood, so being a part of this special with the entire cast feels like a full circle moment.”

The special will have animation from the original episodes alongside the voice cast’s re-creation of beloved scenes. Fans picked from classic moments, including “Band Rehearsal,” “Alaskan Bull Worm,” “I’m Dirty Dan,” and more on Nickplay.com.

One of the most popular animation series ever, this Nick toon ranks as television’s number-one animated series with Kids 2-11 and Kids 6-11 year to date. The toon was created by Stephen Hillenburg and is produced by Nickelodeon in Burbank, Calif. Marc Ceccarelli and Vincent Waller serve as co-executive producers.

Since its launch July 17, 1999, SpongeBob SquarePants has generated a universe of loved characters, plus adding fun catchphrases and memes, theatrical releases, consumer products, a Tony award-winning Broadway musical and a global fan base to the culture.

SpongeBob SquarePants is seen in more than 170 countries, translated in 30+ languages, and averaging more than 100 million total viewers every quarter according to Nickelodeon.

The premise centers on SpongeBob and chronicles his adventures with a host of nautical characters and nonsensical adventures. He is described as the eternal “incurable optimist and earnest sea sponge” who loves to hang out with his undersea friends.