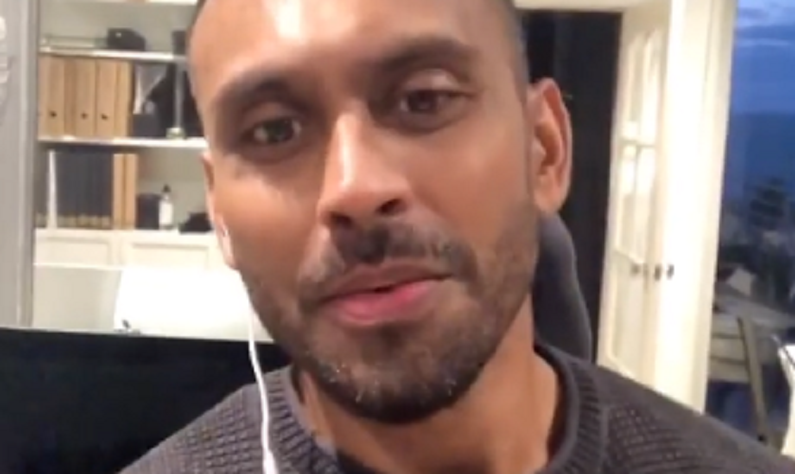 90 Day Fiance star Ash Naeck is speaking out about his relationship with Avery Warner. The relationship coach got reflective in a recent social media post about “accountability.” This comes after Ash confirmed their split.

90 Day Fiance: Before the 90 Days star writes message about “accountability”

Per In Touch Weekly, Ash Naeck took to Instagram to share a photo of both of their names written in the sand on Thursday, May 20. The picture also features a hand holding two red roses. This is different from the black roses that Ash gave Avery when they met for the first time. In the Instagram post, he shared a message about “accountability.”

“Accountability is a word that is often overlooked and I am guilty as charged,” the Australian resident wrote at first. “My challenge was that I would usually rob the person of the chance to be accountable for their actions.”

Accountability is a word that is often overlooked and I am guilty as charged . My challenge was that I would usually rob the person of the chance to be accountable for their actions. . The way I used to do this was to quickly excuse their behaviour, so that they don’t feel bad about what they have done. . Funnily enough, it was an automatic response whereby I’ll go straight to the space of excusing the person without letting them acknowledge the impact for their hurtful or destructive behaviour. . This used to be my people pleasing mechanism, more so towards the people I love and care for. Handle and diffuse the situation without giving a chance for the person to own their own shit and take responsibility. . It’s time for boundaries. . . . . #healthyboundaries #responsibility #loveislove

The 38-year-old revealed he used to “quickly excuse their behavior, so they don’t feel bad about what they have done.” He admits that it was an “automatic response” that he would make, instead of “letting them acknowledge the impact for their hurtful behavior.”

“This used to be my people-pleasing mechanism, more so towards the people I love and care for,” Ash continued. “Handle and diffuse the situation without giving a chance for the person to own their s*** and take responsibility.”

The 90 Day Fiance star also revealed that it’s time for him to set “boundaries,” so he could make room for a healthy relationship in the future. It’s clear that Ash and Avery are no longer together.

Earlier this month, Ash Naeck confirmed to his followers that he and Avery split. This came after his controversial seminar teaching women how to “find Mr. Right” during the April 26 episode. In an Instagram video, the TLC personality admitted that he “f***ed up completely” during his seminar. Ash noted that he shouldn’t have introduced politics into the conversation.

Before the 90 Days star went on a social media hiatus

While the couple are no longer dating, it’s clear that they still have respect for each other. It turns out that Ash and Avery’s split isn’t as ugly as with the other 90 Day Fiance couples. Ash went on a brief social media hiatus due the backlash he faced online. Avery called out his “haters” and supported him in an exclusive interview with In Touch Weekly.

“I think he just needed time while the show airs to keep his head in a positive space,” Avery said.

The yoga instructor has dealt with her own share of hate. On May 12, Avery spoke out against the “10 Truths She Doesn’t Want You to Know” video that questioned her parenting skills. The 32-year-old released a statement to the outlet revealing she felt it was created by her husband. Ash defended his former girlfriend, calling her an “outstanding mum” who is “conscious, caring [and] always putting her little one first.”