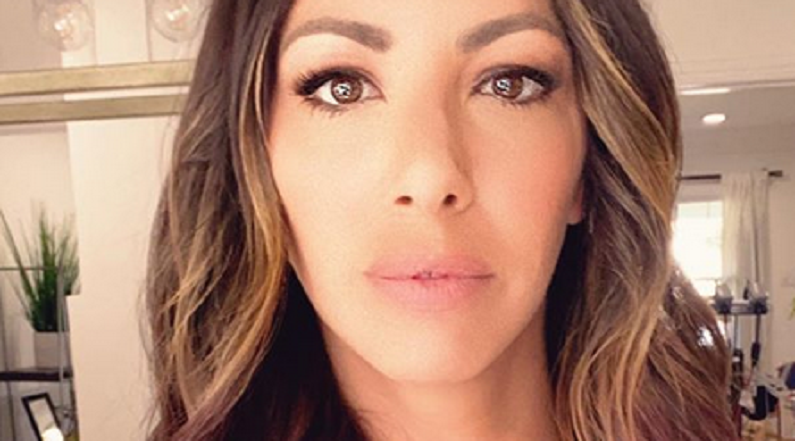 Kristen Doute spoke exclusively to Us Weekly about her friendship with Stassi Schroeder and Katie Maloney-Schwartz. She teased about the upcoming Season 8 Vanderpump Rules reunion episode, which is said to be heated. Kristen revealed that they did not make up at the reunion. But she made her peace the best way she knows how.

“I mean, I said my piece in the kindest way I could,” Kristen told the outlet. “I got a taste of how they feel, but nothing’s moved forward since.”

Who’s ready for a new episode of #PumpRules tonight? Watch our @jamesmae.co pop-up event and shop til you drop! 🦋 (We’ve just RESTOCKED some of your favorite designs!) ✨

These days, Kristen Doute is focused on more important things. She’s preparing for the upcoming release of her first ever book, He’s Making You Crazy, which she co-wrote with author Michele Alexander, who wrote the best-selling book, How to Lose a Guy in 10 Days. Kristen addressed her female friendships and romantic relationships. She wants to offer advice to others who are struggling with their own friendships.

Do I need a roadie?! HE’S MAKING YOU CRAZY Book Tour coming atcha! 🦋 I’ve never been so proud & I can’t wait to meet y’all ! ➡️ chicagoreviewpress.com/hesmakingyoucrazy

“I have a ‘She’s Making You Crazy’ chapter,” Kristen said. “[But] mostly romantic relationships. … I just want [the reader] to know, like, you are not alone. You are not the only one who has felt betrayed or cheated on or lied to or have had, you know, low self-esteem or low self-confidence because of relationships that you’ve been through.”

Bravo star insists she never “lied about anything”

Earlier this month, Kristen Doute appeared on the “We Met at Acme” podcast to talk about where she stands with Stassi and Kristen. The 37-year-old said that she’s confused over what happened among her and her VPR costars. When she watched Season 8 of the show, she tried to figure out where their friendship went wrong. But Kristen ended up with more questions than answers, per Us Weekly.

One thing she noticed was when Stassi and Katie said on the show that it “has nothing to do with Carter” but instead was about Kristen being a “liar because I said [Carter and I] weren’t together.” Kristen insists she wasn’t lying during that time. While they were in contact and they slept together, they were not back together. They were just in a “messy” situation, according to Kristen.

She feels that she had to figure it out for herself. No one else could have made her split from her ex-boyfriend at this time. TV Shows Ace previously reported that Kristen Doute is dating a new guy, Alex Menache. And if her Instagram page is any indication, she looks happier than ever.