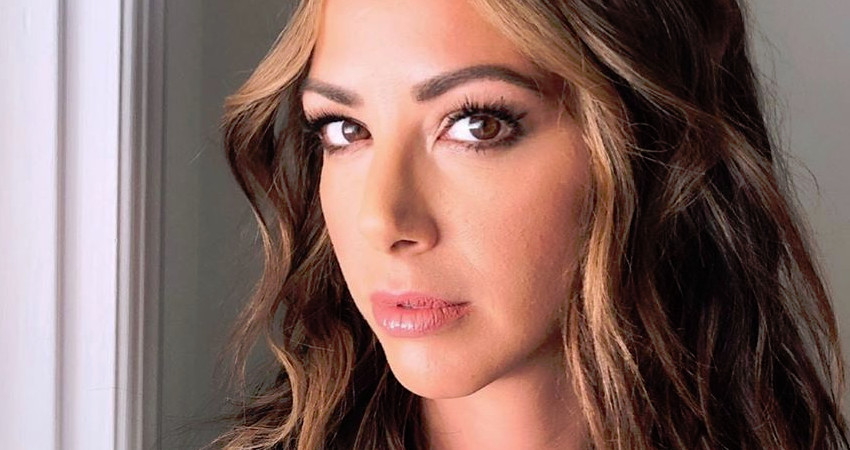 Vanderpump Rules star Kristen Doute has a new book coming out. He’s Making You Crazy is a humorous advice book about what NOT to do in relationships. The book is based on Kristen’s real-life dating history.

However, there is one chapter that isn’t humorous. A chapter about a non-consensual encounter from Kristen’s past.

Kristen recently opened up to former RHOC stars Gretchen Rossi and Slade Smiley. She appears on their Knot Too Taboo podcast on May 20, 2020. During the chat Kristen reveals why she chose to come forward in her book about her experience with a non-consensual encounter.

While Kristen originally intended for her book to be light and funny, the book’s co-author, Michele Alexander, brought the assault issue to light. Kristen recounts that Michele asked her “point blank” if she’s ever had an encounter she didn’t consent to. Kristen “blurted out yes” before she could stop herself.

The VPR star admits that she “struggled with the chapter, titled Nonconsensual. She chose to include the story in her book because the whole point of her book is being “honest” about what she’s been through.

While Kristen doesn’t detail the encounter on the podcast, she reveals that she had a hard time coming to terms with it. She says,

“I did make a lot of excuses. I tried to rhyme and reason why did I put myself in that position? Or was I too drunk? Or, like, how could it be my fault? Am I going to ruin his life? Are people going to believe me?”

According to E! News, Kristen wasn’t able to face the assault until years later in therapy.

She Wants a ‘Healthy Relationship

Vanderpump Rules star Tom Sandoval recently called his ex “messy.” Fans tend to agree. To an extent, so does Kristen. She admits on the podcast that she struggled to “deal with the fact that this happened.”

Kristen believes the encounter is what led to her trust issues with men. She ponders, “what sort of effect does it have on my psyche or my emotions and the way that I trust men.'”

With therapy, Kristen realized “self-love,” “self-worth” and that’s she’s not “jaded.” In fact, she reveals that she wants a “healthy relationship.”

She may very well have found one. The VPR star recently went Instagram official with her new boyfriend, TV Shows Ace reports.

Kristen recently faced an online rumor that she was pregnant. She quickly shut the rumor down. However, she admits on the podcast that she is “hopeful” for marriage and children in the future.

Everything We Know About The VPR Star’s Book

The VPR star was set to go on a book signing tour this summer, but she is working on a virtual book signing instead. She recently posted an excerpt from her book about self-love.

I really fucking love myself. I hope you love yourself too. 👊🏽 pic.twitter.com/NbVIZzzgep

Vanderpump Rules wrapped up Season 8 this week. The virtual reunion begins on June 2, just in time for Kristen’s book release.